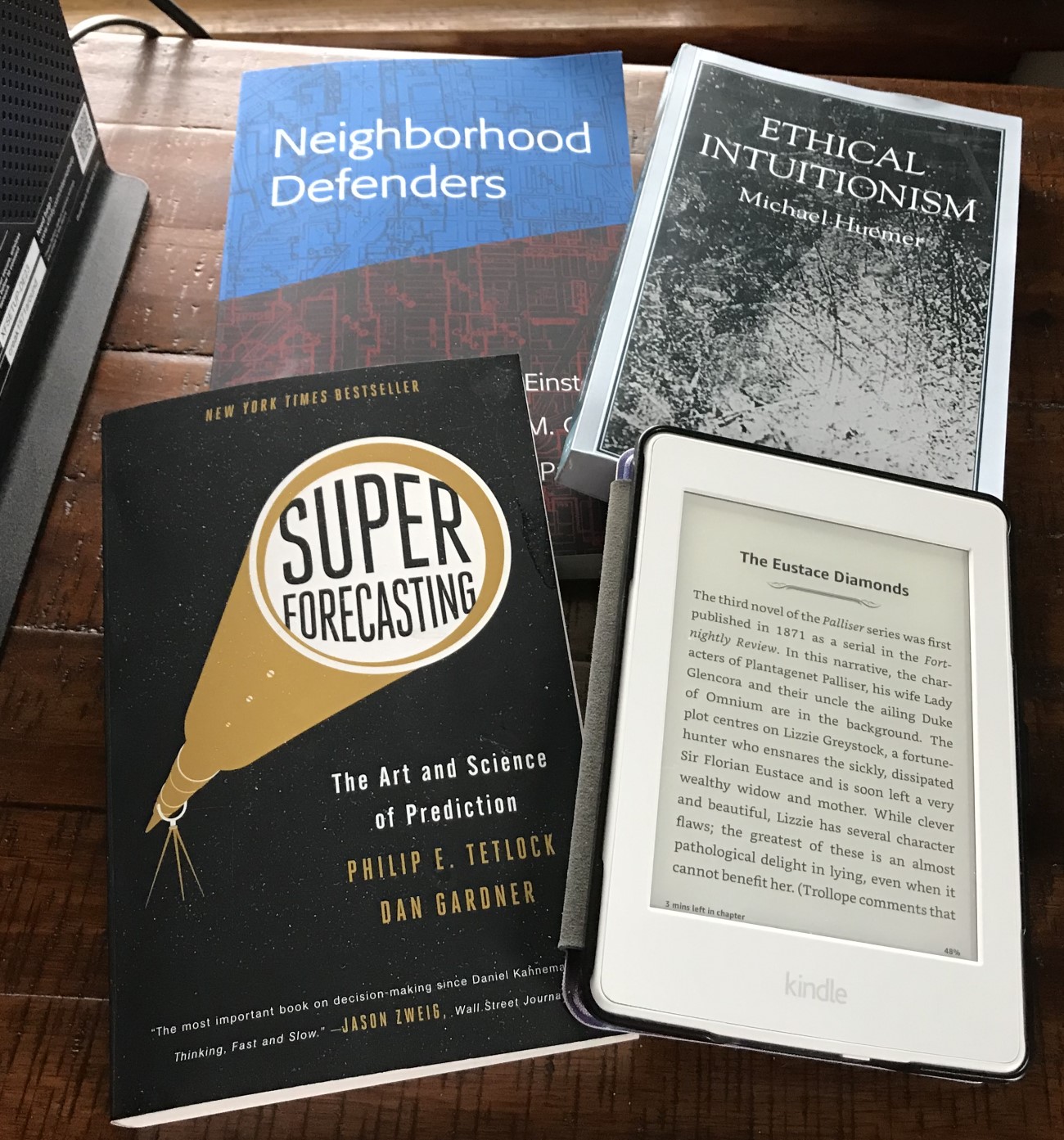 What are you reading during this time of social distancing? It's a great time to explore new books and ideas. Here's what I'm reading at the moment.

Lizzie Eustace was very false and bad and selfish, -- and, we may say, very prosperous also; but in the midst of all she was thoroughly uncomfortable. She was never at ease. There was no green spot in her life with which she could be contented. And though, after a fashion, she knew herself to be false and bad, she was thoroughly convinced that she was ill-used by everybody about her.