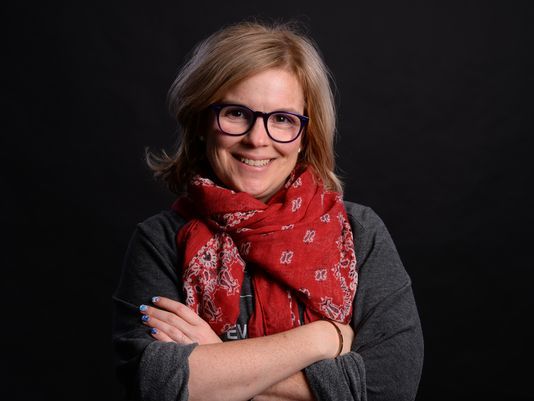 On Wednesday, October 4, Alyssa Mastromonaco held a moderated discussion at the New Hampshire Institute of Politics with Executive Director Neil Levesque. Mastromonaco discussed her new book, Who Thought This Was a Good Idea?: And Other Questions You Should Have Answers to When You Work in the White House, which documents her time working in President Obama’s administration.
Mastromonaco was engaging and dynamic, proving that the worlds of Washington, D.C and the White House, do not always have to be serious as we make them up to be. She served as President Barack Obama’s Deputy Chief of Staff for Operations for several years, after first being an advisor, previously working on his presidential campaign and in his senate office.

In her time as Deputy Chief of Staff, Mastromonaco had unprecedented access to and experiences with top officials. She laughingly told us about accidentally wearing jeans to meet the Queen and nervously stealing a magazine from Buckingham Palace as a result. She discussed her deep love for her cats – a love so deep that once on Airforce One, flying to Nelson Mandela’s funeral, she told Former Presidents Bill Clinton and George W. Bush, all about her sick feline.

And she cautions against sending emails when upset and speaks from experience. After feeling like a fellow White House staffer had belittled the work that she does, she sent an email belaboring the need for everyone to have each other’s backs, admittedly, she may have used some harsher language. That email got her a meeting with President Obama, who reminded her that our words have weight and that this is both a gift and burden, but always something we have to be mindful of.

Even though many of her stories were humorous, there was a serious message to underline it all.  Mastromonaco warns people, especially young women, to stop underestimating themselves or assuming they aren’t qualified to do something. She dares us all to take the plunge into careers and lives that both scare and excite us. All she asks is that we do it with a little humor and intelligence.