Convention of Conventions: The 1796 Congressional Caucus for President 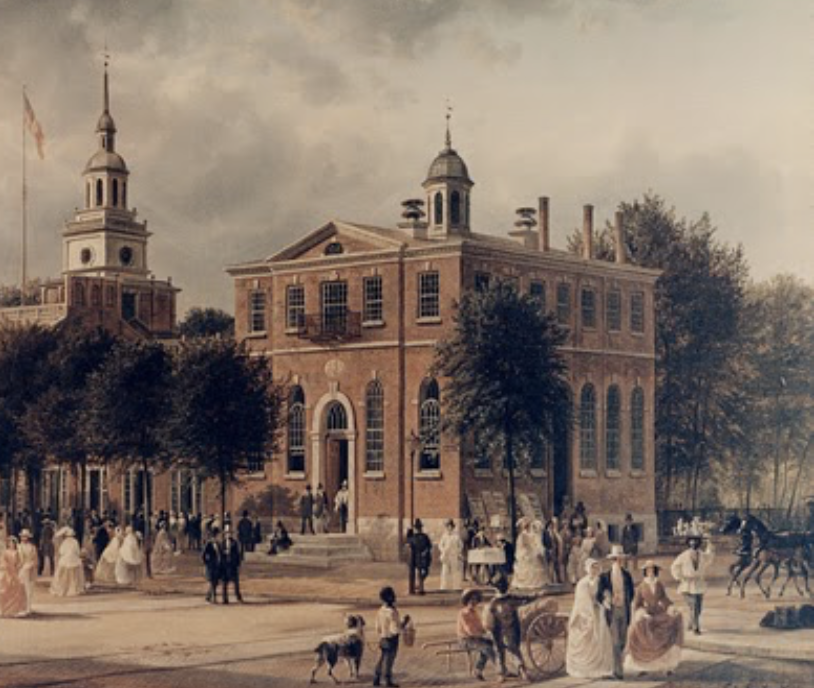 In September of 1796, President George Washington delivered his farewell address marking his promise not to run for reelection. With this, the United States would have its first contested presidential election.

Two parties, the Federalists, and the Democratic-Republicans, had formed over disagreements with the new Constitution and the establishment of the Federal Bank by Alexander Hamilton. The Federalist party defended the powers granted to the federal government by the Constitution. The Democratic-Republicans feared the new federal government held too much power, and that because of this it would trample on liberty.

Now these parties caucused to nominate candidates for President and Vice President. These would be the first “conventions” in U.S. history. The Democratic-Republicans caucused in Philadelphia, Pennsylvania, and this is also where the Federalists caucused. The Federalists nominated John Adams and Thomas Pickney while the Democratic Republicans nominated Thomas Jefferson and Aaron Burr. Of the four nominees, only Burr campaigned actively. In the end, Adams won the election.

Luke Anastasiades ‘21, an American Studies Major and Greek minor from Nashua, NH, began working on the Convention of Conventions project in January tasked with historical research and fact finding. Luke became the sole researcher and writer for the historical portion of the project. In this effort, he sought out the historical documents to find the information within context.

Ryan Heath ’22, an Economics and Marketing double major from Salisbury, NH, had the responsibility of taking the information Luke uncovered and imagined how to turn it into bite-sized social media posts. Ryan had to ensure we stuck to the story the research was telling, while finding or creating visuals to narrate it in an online environment. Ryan came to the conclusion to use Instagram since viewers would be able to swipe through multiple panels and go along for the ride through each year of Conventions that we chose. Ryan strategically wrote captions with the intention of giving followers a sneak peek of the longer-form blog posts, directing them to the website to check out the full stories.