Conversation with the Candidate with Andrew Yang 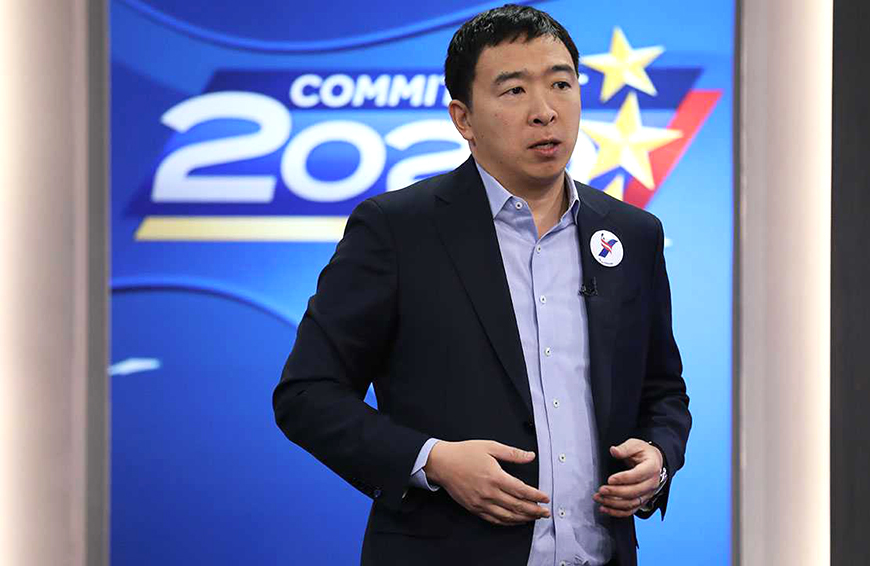 Andrew Yang is a former CEO of Manhattan Prep and the founder of Venture America. He was selected under Barack Obama’s administration as the 2012 Champion of Change and the Presidential Ambassador of Global Entrepreneurship.

While at WMUR-TV, Yang answered questions from WMUR’s Political Director, Adam Sexton, and a handful of people from the public about his political views and intentions if elected president. Yang emphasized throughout his session that it’s important for America to adapt to the economic changes that it’s currently experiencing and will experience in the future.

Yang first discussed that robots will take jobs and hurt many American industries and will hurt the economy if proactive action is not taken involving them. The example he used was that robots are already taking transportation jobs and suggesting that the United States should ease its transition to public transportation in response to this.

Yang also spoke about healthcare. He suggested Medicare for All in order to combat issues such as America’s opioid crisis. He cited inequality in medical access as a crisis in America in itself. In addition to universal Medicare, Yang said that the United States should put mental health as more of a priority, and “put a psychologist in the White House.” The presidency is a stressful job, and Yang stated that for this reason a president should be checked upon mentally and so should Americans in their everyday lives.

On economics, he suggested a Freedom Dividend, a universal basic income for American adults of $1000 a month. According to Yang, this will help fight poverty and is already working in Alaska.

Lastly, Yang said he notions for the decriminalization of marijuana. In his eyes, this will stimulate the American economy and reduce the amount of crime in America. Yang intends to visit New Hampshire again and has all of his views open to the public on his campaign website.