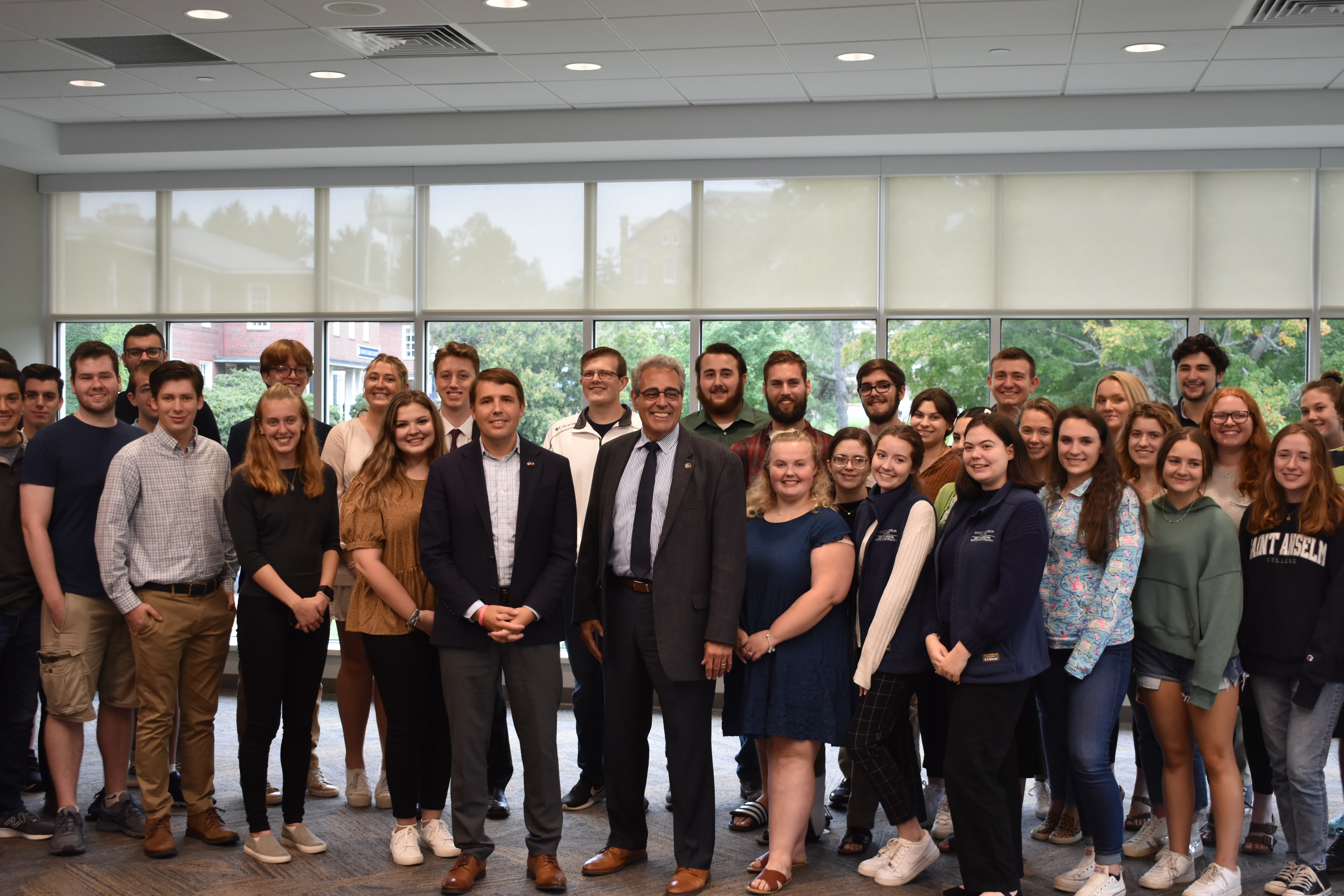 Before grabbing a delicious cupcake and a pocket constitution, Pappas made some remarks about the very special day. He began his speech by recognizing that this year marked the 234th anniversary of the ratification of the Constitution.

He then goes into what he believes to be the number one most important aspect in the political world and that is to stretch the public service aspect of politics. Pappas discussed one of the jobs he had growing up, which was washing tables and doing dishes at his family’s restaurant, the Puritan Backroom. Through his time washing tables and dishes, he learned the model of servant leadership which is something he thinks has gone missing in the world today, especially in politics. He says that service even comes with the job of being a politician, but we don’t see many politicians carry on this tradition in the world today. He thinks it’s something that all politicians should stand for because it is part of the job.

“Washington is confusing” he said, “and the road doesn’t always end up to the good that we always want, service is not binary, the way we view politics needs to stop”. He emphasized that citizens need to start looking at the way they view service. Service is about helping others and the way we view our life. Pappas claims now is the time that we need to work together with one another so that we can put our country first.

Pappas concluded his speech by thanking the Saint Anselm community and he hopes that we all continue to work to bring communities together.