Do The First Hundred Days Make or Break a President’s Popularity? 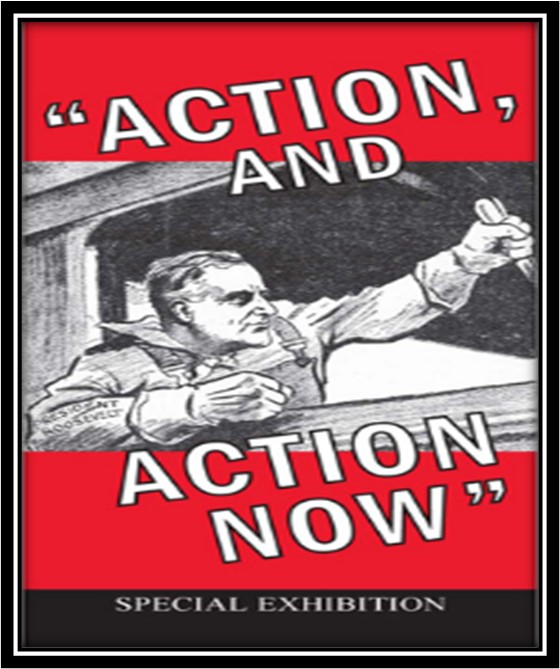 Each American president inherits situations and devises plans that determine the new Leader of the Free World’s first hundred days in office. The first president to use the now famous measure was Franklin D. Roosevelt. In his inaugural address he promised to provide relief to unemployed workers with the establishment of several agencies. He pushed all this work to the forefront of his term to bring swift aid to citizens in need. The early part of his time in office was spent signing 76 laws and issuing 99 executive orders to set up the Civilian Conservation Corps (CCC), the Public Works Administration, and the Federal Emergency Relief Administration. On top of the creation of these new organizations, FDR reinstate the public’s confidence in the banks and financial institutions by signing the Emergency Banking Act of 1933. Through the new agencies and relief programs for those suffering as a result of the Great Depression, FDR was setting into the motion the preparations for the nation to accept the expansion of federal power. He set the stage for incoming presidents to share their plans for the first hundred days.

There have been a few presidents since FDR who have earned such a remarkable approval rating. It is easy to see why the public trusted and loved him, so much so that he was elected to three more terms! His actions set a high bar for the first hundred days, getting more done than any president before or after him, and establishing a standard for presidents to follow thereafter.  Those who followed this extraordinary and trend-setting presidency are identified as having an action packed or an idle first hundred days in office.

President Trump and President Obama are remembered as two presidents who saw drops in their popularity during their first hundred days. They both utilized presidential action an inordinate number of times during their first hundred days, along with not fulfilling promises made during their campaign. Trump had a historically low presidential approval rating, hovering in low forties, and the lowest in recent history. His loss of points from the beginning of his presidency to the end of his first hundred days can be connected to his campaign messages that offered change. The beginning of his term saw a slow move to fill out the administration, with his top aides fighting over how to begin, and poor management of the attempted policies.

President Obama also saw a drop in popularity during his first hundred days, going from 68% to 65%. Obama took office during the time of a severe financial crisis and was able to get Congress to sign a stimulus package, but it excluded the Republicans. Not one of them voted for stimulus package, the only reason it passed was because the Democrats were the majority at the time. The American Recovery and Reinvestment Act was passed on his 29th day in office, expanding many programs especially ones connected to insurance and low-income households. The journalist and author, Bob Woodward proposes the theory that Obama proceeded to make the mistake of turning “too much of his agenda over to the Democrats, the excluded Republicans and the stimulus package and the failure to make deals hurt him.” Along with that, he went back on his statements of taking troops out of some Middle Eastern countries. In February 2009, Obama quietly had 17,000 troops deployed to Afghanistan and planned to have additional troops sent in the summer. Many believed he had done a good job so far, trying to reboot the economy but they disagreed with his decision to continue deployments of U.S. troops to Afghanistan. A three percent drop may not seem like much, but it still shows how citizens and others in the government wanted more bipartisan accomplishments and not just promises of possible change from the usual seen in office.

The more fascinating numbers to look at are two presidents who made poor decisions in difficult times yet saw an increase in their ratings. President Kennedy had one of the largest surges during his first hundred days with an eleven point increase, from 72% approval rating to 83%. Eighty seven days into his time in office, Kennedy made the decision to go ahead with the Bay of Pigs invasion, increasing the tension between the United States and Communist countries, especially Cuba.  It was Kennedy’s attempt to keep his campaign promise to fight Communism and keep the American people safe. Ron Elving of NPR, said “John F. Kennedy, in 1961, created the Peace Corps. He also greenlighted the CIA's disastrous invasion of Cuba at the Bay of Pigs and began deepening the U.S. military commitment in Vietnam. Still, JFK is remembered today for the breath of fresh air he brought to Washington and the national mood.” He may not have succeeded, but he took action demonstrating how serious he took his presidential pledges.

Another president who was able to pull off an approval rating above eighty percent during his first hundred days in office was President Truman. He inherited a list of tasks from FDR, battling the aftermath of the Great Depression. When Truman took office after FDR passed away, he lacked national executive experience and there were doubts if he could fill FDR’s shoes.  But Truman quickly learned knowing his first days in office would be important to growing his public support. He continued FDR’s wartime work with the atomic bomb plans, passing many laws, coming in second for the most during a president’s first hundred days.  Truman saw his largest increase in approval during his first hundred days as president.

The first one hundred days is the first impression citizens have of a president and their administration. It is where people see if the campaign promises will be kept. FDR pledged and carried out so much, especially economically at the beginning of his time in office. The presidents who have followed after him have been held to this standard, seeing their approval ratings influence their chances of reelection. Do you think the first hundred days of a presidency should be the make or break of their popularity? How do you see President Biden’s first 100 days impacting his popularity?