A Double Inheritance: War and the White House 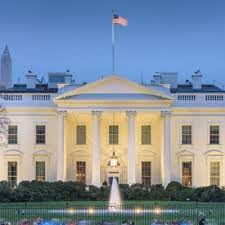 When one thinks of an inheritance money, large houses, or family heirlooms usually come to mind. However, for Acting Presidents Harry S. Truman (D), and Gerald R. Ford (R), their inheritance was the highest office in the country, and finishing two of the deadliest conflicts in American history: World War Two, and the Vietnam War.

It is generally expected that American presidents elected to office will complete their full terms. However, when they leave prematurely, either by death or resignation, their Vice Presidents become the Acting President. Of the nine times this has happened, in two them, have the Acting Presidents inherited wars from their predecessors: Harry S. Truman in 1945, and Gerald R. Ford in 1974. Thus, with these wars, Ford and Truman took on the America’s future. We will examine how these two presidents managed the wars they inherited during their first 100 days. 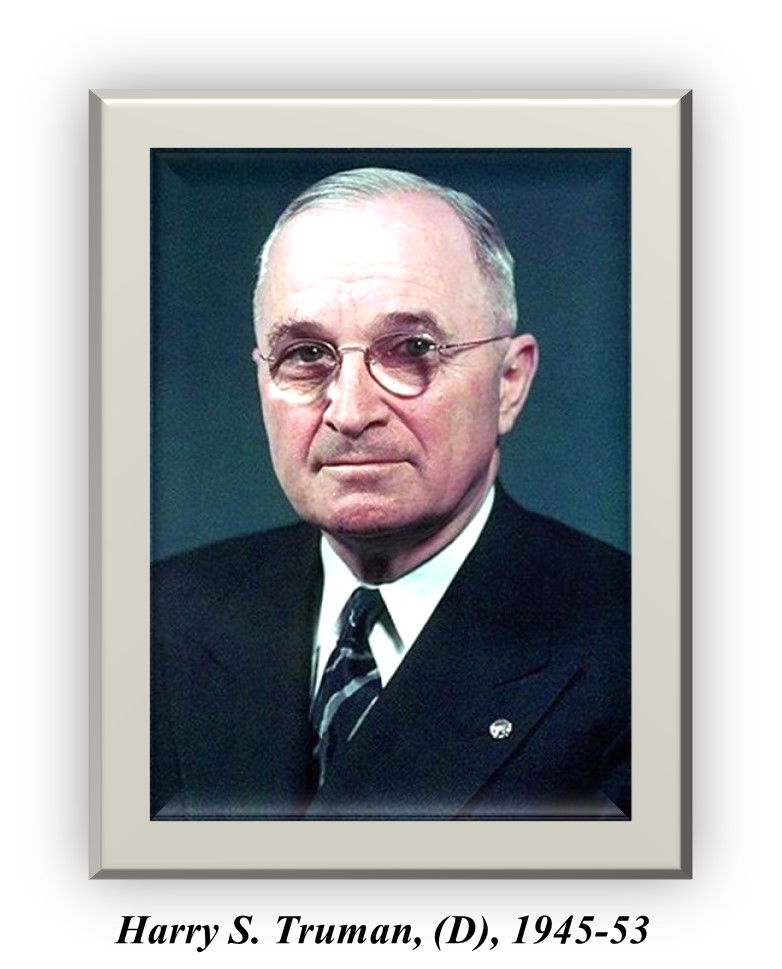 upon the death of Franklin Delano Roosevelt on April 12, 1945. During his first 100 days, he had to address the final year of the Second World War. On April 17, 1945 he announced he would sign the third extension of the Lend Lease Act, calling the Act a main driving force for America’s success, noting how it aided America’s allies in the war effort, and reassuring his commitment to it[i]. Then two days after the German surrender on May 6, 1945, Truman put out a statement calling for Japan’s unconditional surrender. In the statement, he announced the defeat of Germany threatening “the striking power and intensity of our blows will steadily increase and will bring utter destruction to Japan's industrial war production” unless they surrendered.[ii]

Truman’s attention then turned inward in response to “labor disturbances” impeding the war effort. On June 18, 1945, he issued an executive order authorizing the Secretary of War to take control of the Diamond Alkali Company in Painesville, Ohio. The order gave the Secretary of War the ability to operate the factory for the war effort, manage employment of the factory, and claim all contract rights.[iii] Finally, towards the end of his first hundred days, Truman issued another such order on July 25, giving the Secretary of War the same authority over the Springfield Plywood Company in Springfield, Oregon.[iv]

Conversely to Truman, Gerald R. Ford was sworn-in as the acting president August 9, 1974 upon the resignation of Richard M. Nixon. Ford entered his first 100 days, with not just an 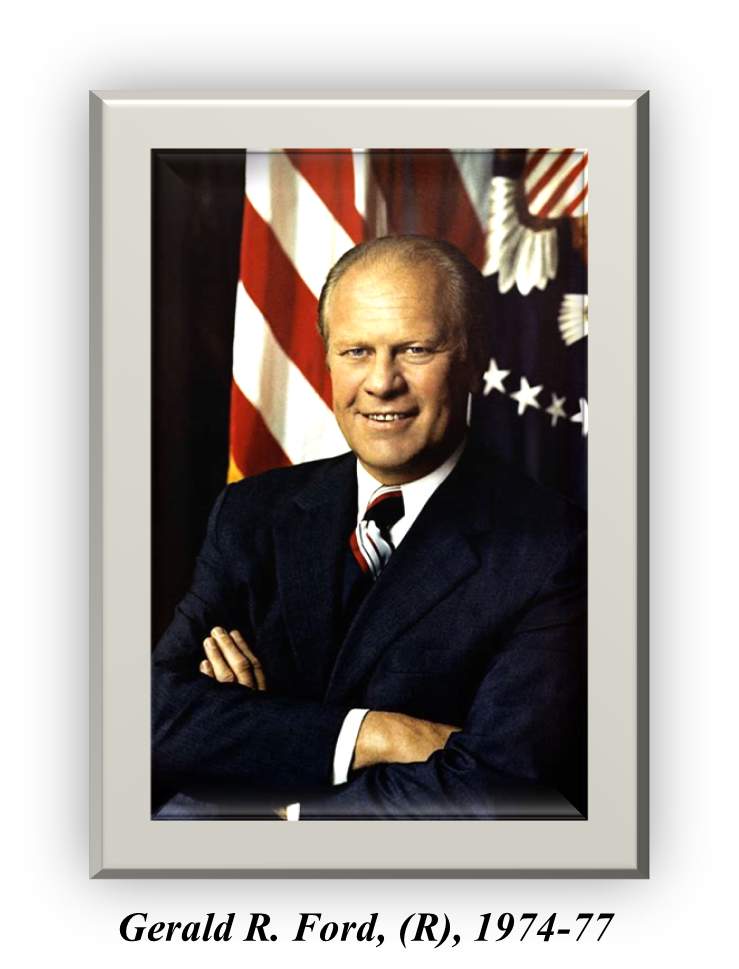 economic crisis caused by stagflation, (the stagnation of the American economy driven by the decreasing value of the dollar), but at the end of the Vietnam War. Although direct U.S. Military involvement had ended two years prior, he still had to maintain the peace as the war raged on locally for almost another year.

On August 12, 1974 Ford issued a message to Congress shortly after his inauguration. In that message, he dedicated himself to promoting strong national defense, pledged closer relations to our allies and declared, “... to see the observance of the Paris agreement on Vietnam and the cease-fire and negotiated settlement in Laos.” [vi] Almost a month later, Ford issued an executive order authorizing the Director of the Selective Service to find all Vietnam War draft escapees and treat them as military deserters.  He placed this authority under all regulations by the president and committed the whole executive bureaucracy to the execution of the order.[vii]

Then, on October 1, 1974, Ford released a statement, announcing he would give all Military and Civilian Workers a pay raise of 5.52%. For, in a study of federal finances, the heads of the Office of Management and Budget and the Civil Service Commission concluded the U.S. could afford to give a such a pay raise.[viii] On November 14, 1974, Ford travelled to Luke Air Force base in Arizona to comment on and accept the release of the F15 Fighter Jet. In his comments he congratulated the USAF and the private contractors who built the plane and dedicated it to the preservation of peace.[ix]

Concluding his first 100 days, Ford pardoned Richard Nixon with the hope that it would close the wound of Watergate. However, he had miscalculated and by the end of Ford’s first 100 days, public opinion had soured. As Historian John Greene noted, this “damaged Ford nonetheless. The presidential honeymoon—with the American public, the press, and with Congress—was over.”[x]

We have seen two acting presidents: Harry Truman, and Gerald Ford, both who inherited war with the White House and looked at how they managed it. Truman worked as a domestic administrator to promote efficient productivity towards the operation of the war. Ford, although not directing the war itself, worked to maintain the successful withdrawal from Vietnam. Since both presidents preferred a domestic role in dealing with their wars, an acting president may likewise move to manage a war he may inherit as an administrator. How do you think an acting president should handle an inherited war?