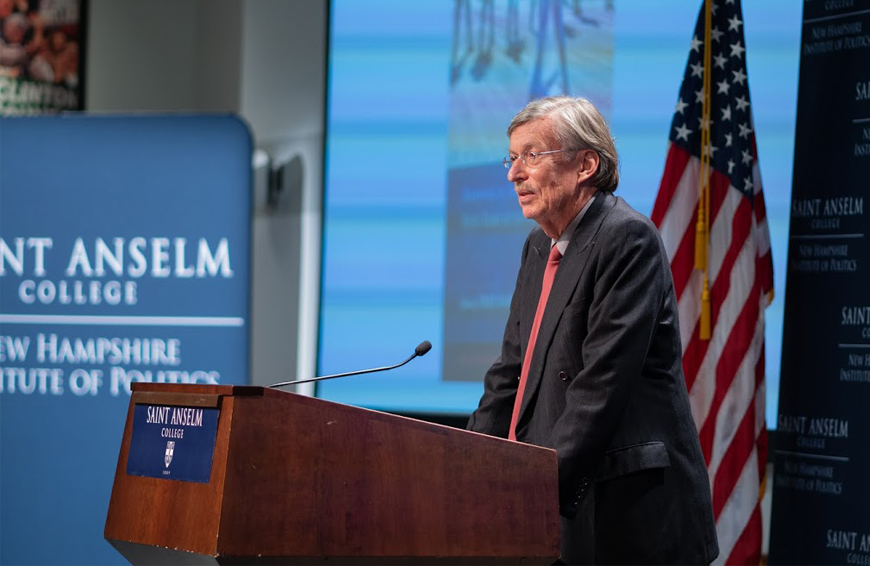 Dr. Curtis is the last surviving member of the Kerner Commission and is the CEO of the Eisenhower Foundation. Curtis and Fred Harris wrote Healing Our Divided Society, in which they claimed America still has not made much progress in reducing poverty, inequality, and racial injustice.

In 1968, the Kerner Commission concluded America was heading toward “two societies, one black, one white—separate and unequal.”

Curtis began his presentation speaking to how mass incarceration is the newest form of slavery and government created segregation. Sentencing for crimes are still racially biased as well, according to Curtis. Homicide rates are still as high as the 1960’s and child poverty has gone up.

Essentially, the United States has the highest rates of incarceration, homicide, and child poverty. Curtis urged for more job creation; he believes more job creation will lead to more job placement. In turn, this will focus on expanding technology and not relinquishing power to the rich. He pushes for more investment in the public rather than privately owned and operated companies.

Curtis also advised for a higher minimum wage and more support for unions, which he pointed out, many Americans already support. This will then lead to housing integration. Neighborhoods will be more integrated as well as diverse. Community based banking can help affordable and integrated housing as well.

The next step in the process would be school integration. When neighborhoods become more integrated that leads to school districts becoming more integrated. He believes the government should work to finance public schools so African American children have the opportunity to “thrive in white space” after school.

To create trust in the community, Curtis suggests creating a community policing system with mentors for at risk youth. This initiative could also help trouble-based neighborhoods become safer.

Curtis also warned against what is not working.

He said the trickle-down economy stemming from the rich in America is not promoting equality. Building more and larger prisons is also not an answer that works to help the American people. He also warns to be careful of blaming the government for being the problem. Curtis said the government is not the problem, it is bad government and corporate greed that are creating poverty, inequality, and racial injustice.

Curtis believes these measures should be taken, and we are all in this together. According to Curtis, we should institute these policies to become a fairer, more responsive American democracy. Curtis left the audience with his final remarks, reminding us we are all in this together, and we should work to become one society fighting against poverty, inequality, and racial injustice.