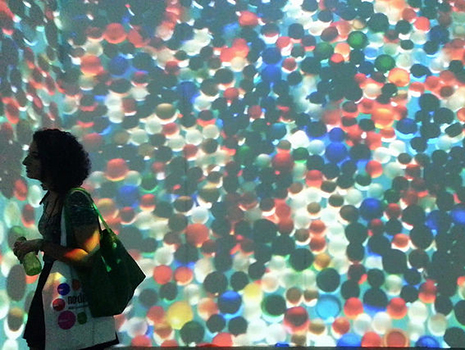 Dr. Patrick Allitt, Cahoon Family Professor of American History at Emory University, presented "The Case for Environmental Optimism" at the Institute, discussing his views on environmentalism and climate change. Allitt began by addressing American's love for disaster stories and scenarios, from early Americans predicting the second coming of Christ to modern-day zombie apocalypse fantasies. The presentation was structured around four predictions made regarding how the world would be sure to perish as time elapsed; population growth, pollution, exploitation of natural resources, and carcinogens. Allitt states that none of these predictions proved true.

While population has indeed grown, so has our ability to provide food efficiently. Pollution is a problem being dealt with in every way possible. Governments around the world have implemented legislation for clean air and water; we actually live in a much healthier atmosphere than our ancestors. We have in no way run out of resources either; human innovation simply finds a better source. And finally, cancer is more prevalent today because humans are now able to live long enough to develop the abnormalities. These false predictions, according to Allitt, were wrong because they neglected to take into account a predisposition to disaster, they underestimated human creativity, and they overestimated their own ability to predict the future.

Environmentalism, Allitt considers, is a luxury of the wealthy. A clean environment is low on the hierarchy of needs in comparison with jobs and housing. Allitt discusses a pattern of necessary industrialization creating pollution in order to get to a point of economic stability where pollution can become a concern. Allitt in no way denies climate change or global warming, but he questions the extent of the problem and the remedy required to correct it. A common idea for promoting sustainability is that we ought to do it for our grandchildren's sake. Allitt questions this theory and reminds us that if our own grandparents had taken that approach our world would not be nearly as developed as it currently is. Progress cannot be stopped for the sake of environmentalism, rather we must engage our creativity and use our ability to find alternative resources and locate new sources for materials. Allitt summarized his presentation by saying, "There isn't a crisis; but a series of manageable problems," meaning we should take the issues seriously, but should refrain from getting carried away.