Finding a Common Ground: President Biden’s State of the Union 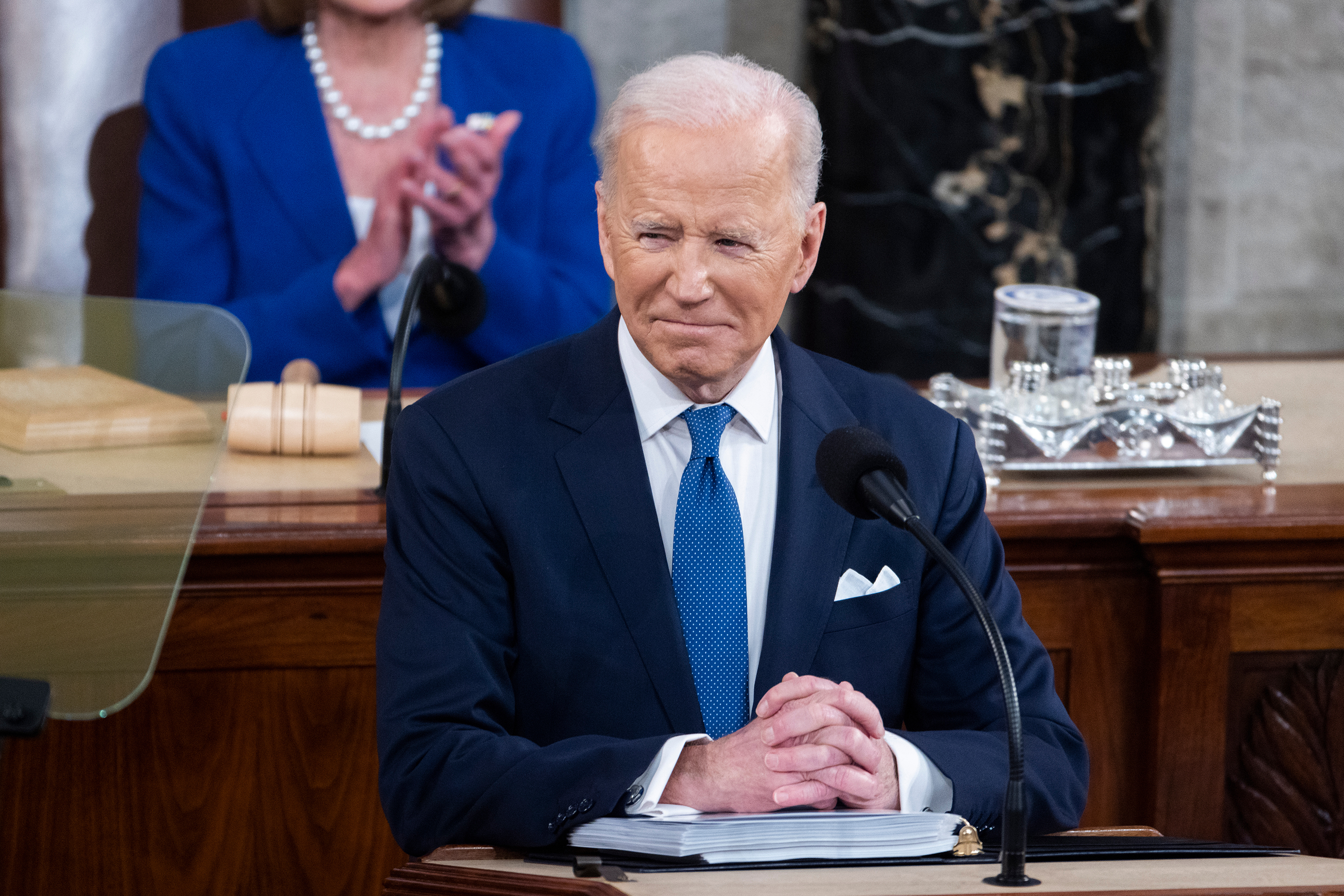 Following President Biden’s first State of the Union address, student ambassadors from the New Hampshire Institute of Politics worked on finding a common ground on the address’ hot ticket items.

The first discussion for the “Finding a Common Ground” series for the spring semester was centered around the topics from the State of the Union address, including Ukraine and Russia, inflation, the economy, and police reform. The event took place in the Event Space of the Jean Student Center last Wednesday, March 2. Ryan Heath, who serves as the Chair of the Kevin B. Harrington Ambassador Program, moderated the event. Around fifteen students attended the event, all bringing a different perspective to the discussion.

The first question asked during the event was about officials, including military personnel and the Supreme Court Justices, who did not stand up to clap during the entirety of the address and whether to make it more common amongst the attendees. Most students agreed that this was a good way to appear non-partisan and that the non-partisan appearance should be expanded. One student said that this clapping “takes away from the meaning of the State of the Union” and added “it has become too much of a production – it feels like political theater more than a speech.”

The subject then shifted to the issue of Russia and Ukraine and the attendance of the Ukrainian ambassador. Students generally expressed that they were happy to see her in attendance, but many agreed that they expected more of a response from Biden on the situation. “Nothing was new or noteworthy, we expected everything he announced, I was expecting more,” said one student.

On the topic of the state of the economy, students were in agreement that it would be a good thing to lower the cost of life-saving drugs such as insulin. One student expressed their view stating “I don’t care about the pharmaceutical companies — I care about the peoples lives.”

Students then shifted to a discussion of inflation and the national debt. A general consensus was that the country needs to work on lowering the national debt and inflation prices, but that it would be difficult to do so based on supply and demand.

Students were then asked about Biden’s discussion of “funding” versus “defunding” the police, in which he said the proper answer was to “fund the police.” Students expressed their concerns about mental health situations and ensuring that the proper professionals dealt with different issues. In general, students agreed that police reform looks different for all people and that police need to be trained for mental health situations, too. One student highlighted the concept of an interdisciplinary team in dealing with mental health calls: “People need help. Reports show a lot of people are brought to mental institutions by police because they don’t have help,” the student said.

Finally, students discussed Biden’s four-step-plan to defeating COVID-19. Students generally agreed that people are very desensitized to the idea of COVID and that we have become very accepting of the death rates and disease as an uncomfortable thing. Some students expressed their concern that many politicians may wish to enforce stricter policies but fear retaliation so they do not do it. However, students did generally agree that COVID-19 has become too politicized.

The Events Committee is always looking for potential topic ideas and people to attend their Common Ground events. Keep your eyes open for the next Common Ground event and contact Emily Burns (eburns278@Anselm.Edu) or Grace Tierney (gtierney149@anselm.edu) if you have any questions.