The First U.S. Election During A Nationwide Pandemic 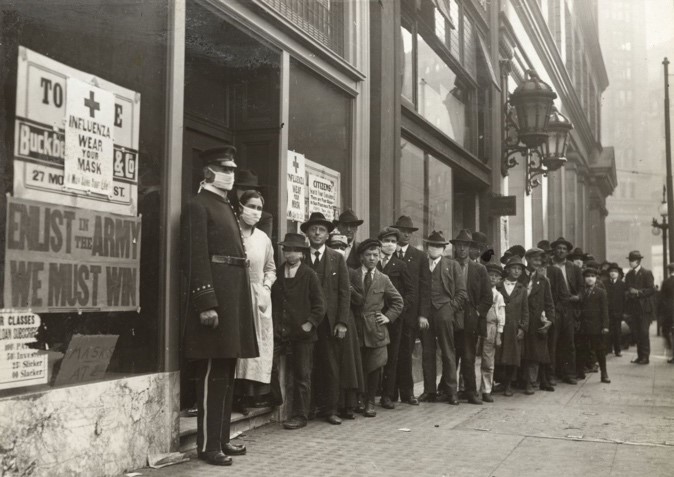 Authorities across the country took many different measures to control the spread of the Spanish Flu especially during the election period. There was little public discussion about the 1918 elections being postponed even though the pandemic made so many ill that polling stations could not be opened in highly infected locations. This contamination of so many residents caused a low turnout and many candidates to say that health officials were trying to rig the results.

One big question still being looked at today is if the pandemic hurt the results and chances of the desired seat holder/office holder? It is unknown. Most of the elections that took place in 1918 had a winner who showed signs of being the popular candidate throughout the campaign period even with fewer citizens able to cast their vote. Forty percent of people eligible to vote did so in 1918, which was ten percent lower than the previous two midterm elections. The pandemic’s effect is unknown especially since there were other factors at play in 1918.

The disease was responsible for hundreds of thousands of people not voting. Other distracting factors were the focus on the war, stay at home orders, and citizens not being able criticize the U.S. government or its decisions because of the passing of the Sedition Act of 1918.

Absentee voting was not possible with a large population, and it was only given to the men who were going overseas to fight in World War I. With the inability to do absentee voting or legally do early voting because of the fear of the results being distorted, election officials took it upon themselves to open emergency polling stations or even changed precincts to give some people the chance to vote. Harper v. Dotson was a case on the outcome of a local election that went to the Idaho Supreme Court where the right of election officials to establish emergency polling places was disputed. The ruling of the court was to throw out the votes cast at the emergency polling station that was created at a school because of a state-ordered quarantine. The new numbers flipped the election outcome from Democrat to the Republican candidate. This case brought to light the underlying issues that actually remain relevant today; finding the balance between allowing officials to adapt voting during an emergency and keeping the election system and integrity intact.

1918 is a key election period that includes examples of actions taken across the United States to take care of precinct changes, emergency polling places, and the questioning of the rights of election officials during an emergency. This historical election period will influence choices made by election officials in 2020. Do you think the 1918 elections examples are relevant to influence decisions on how voting is conducted today?

Fun Fact: There were women in New York who legally cast their ballots and suffragists elsewhere tried their hands at influencing men with homemade baked goods before they went into the polling stations.