My Time with CNN 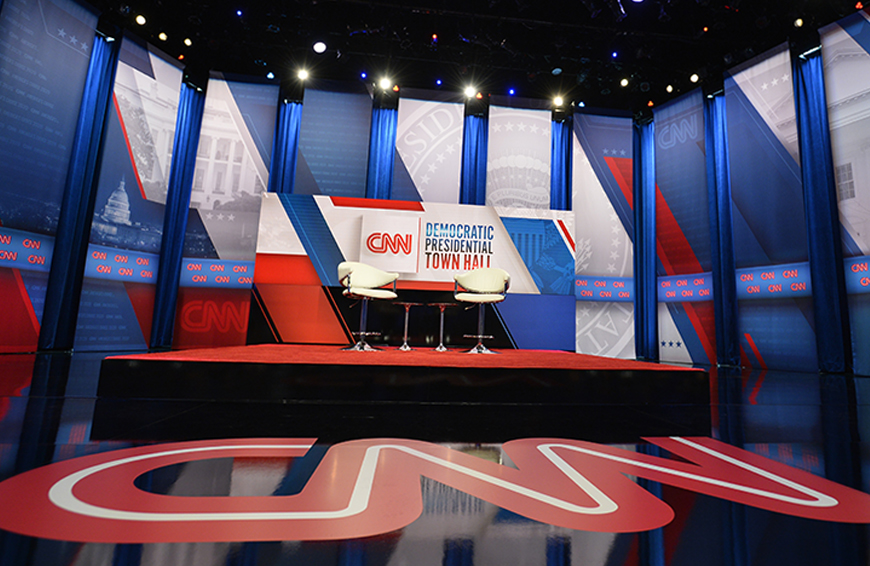 During the New Hampshire primary, I had the opportunity to work for CNN while they hosted town hall events at the Dana Center. From February 4-6 I worked as a runner and as a stand-in while the news network prepared for the town halls of eight democratic presidential candidates.

On February 4, the day before the first town halls, I was given the opportunity to work as a stand-in while the production crew placed the final touches on the stage. During my time as a stand-in I was able to sit in the chairs that the candidate and moderator would sit in while crew fixed the lighting and camera angles.

I also stood in as someone who would ask a question and asked questions to the production crew as they made sure everything would be perfect for the actual town halls. As a stand-in I noticed how meticulous the process of getting ready for the town hall is.

While the production crew was adjusting the camera angles and lighting for when people would ask questions, they noticed that the banner on the side of the stage was not in the right spot. One would think that the banner could just be moved however, this is not the case. The production crew debated for about a half an hour on how to move the banner and whether it would be worth it or not because camera angles and lighting would have to be readjusted once again. They eventually did move the banner but this instance shows how much work and thought goes into the process of creating the stage.

On February 5 and 6 I worked as a greeter and scanned peoples’ tickets before they came into the Dana Center.

On the first day of the town halls, Joe Biden, Elizabeth Warren, Andrew Yang, and Tom Steyer all spoke. I worked at the overflow line where I checked in those who hoped to get into the event but did not have an actual ticket.

Working outside as a greeter was very interesting because I was able to see the excitement of those who were going to see these candidates in a once-in-a-lifetime opportunity.

On the second day of the town halls, Bernie Sanders, Pete Buttigieg, Amy Klobchar, and Deval Patrick participated. I worked at the front door again greeting those who would watch the event. After I worked as a greeter, I was able to be a seat filler and watch the candidates. While watching the candidates they were asked various questions about their policies and they made their cases on why they should be the next President of the United States.

Overall my experience working for CNN was very exciting and something that I will remember forever. Being able to work so closely with such an established news network was such an amazing opportunity and opened my eyes to potential future careers.