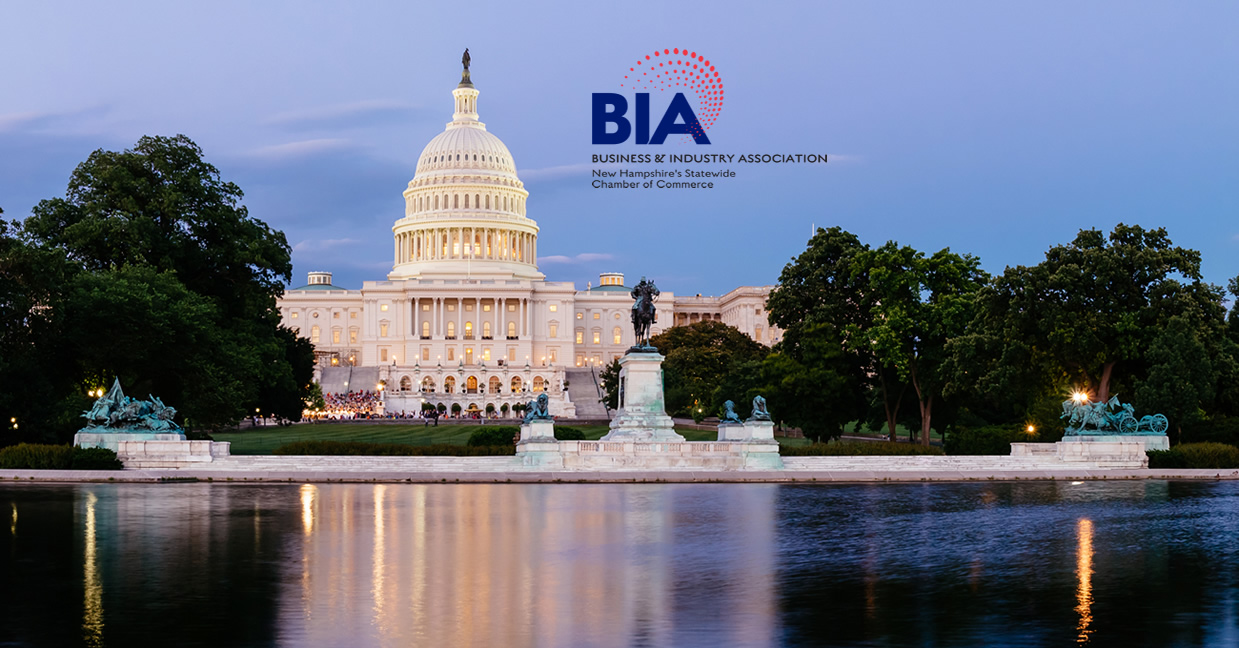 On Wednesday afternoon, two Washington insiders shared their knowledge on the current state of our nation's capital. Moderators Jim Roche, President of New Hampshire’s BIA, and Neil Levesque, executive director of the NHIOP, were joined by DCI Group Managing Partner Brian McCabe and Senior Vice President for Rasky Partners Bethany Bassett. Both panelists belong to lobbyist groups which have connections to both Republican and Democratic politicians.

There was a focus on examining the polarization that has been growing in the United States and the effects that it is having of late. The panelists were asked what they believed the causes of this polarization are, and Mr. McCabe offered the theory that it comes down to redistricting. When congressional districts are drawn to put the ruling party at an advantage, it often drives candidates to extremes in order to beat more moderate primary challengers. This has resulted in the rise of the Tea Party in the Republican party and Progressives in the Democratic party, a trend that began around 2010 and shows no sign of reconciliation. The moderators raised the question of a lack of friendships across the aisle nowadays and how different relations in Congress are from previous decades. The panelists both agreed that it does have an effect on partisanship and shared the hope that there would be more of an opportunity for these friendships to grow under President Biden’s aim to foster bipartisanship.

Not only is there a deep divide between parties, there are also splits within the parties as well. Mr. McCabe and Ms. Bassett were able to give some insight into how both parties are planning to move forward after a tumultuous election cycle. Ms. Bassett spoke about how there is a growing divide between progressive Democrats and traditional Democrats, however there are signs that progressives are willing to stop infighting in order to get things done while the democrats are in the majority. Nancy Pelosi was mentioned as a force for progress for the democrats, as she will make sure that her party does not miss opportunities due to differing ideologies. Republicans are reckoning with the direction of their party after the Trump presidency, which greatly shifted the positions and makeup of the Republican party. According to Mr. McCabe it will be interesting to watch how Republicans deal with the members of Congress who supported President Trump’s second impeachment. Some members such as Representative Liz Cheney are already facing the repercussions and many are looking forward to their 2022 primaries with worry, as party leaders such as Senator Mitch McConnell and Representative Kevin McCarthy are looking to get involved with primaries to set the tone for the Republican party, especially considering the news that four Republicans are set to retire.

The first major test of the new Congress and Biden administration was the $1.9 trillion stimulus package. It was divisive in Congress not only between the two parties but within the factions mentioned before. The bill did pass, but not without debates about matters such as a higher minimum wage and stricter income criteria for the $1400 stimulus checks. The panelists noted that it will be interesting to see what is included in bills in the future, and they predict that infrastructure will be something to be dealt with soon.

On the topic of issues that will play a large role in the next two to four years, the panelists noted that social media is increasingly becoming a problem while changing the landscape of working in the world of politics. Ms. Bassett and Mr. McCabe spoke about how social media impacts their lives and relationships with members of Congress, and they agreed that it has changed drastically in the last three to five years. They said that platforms such as Twitter, and the regular use of it by politicians such as former President Trump and Representative Ocasio-Cortez, have made the job of working with their clients a constant watch. They say that in general, while they still have the same relationships with their clients, the platforms they take place on have changed, especially due to the virtual world that the COVID-19 pandemic has placed us in. The panelists said that Americans should expect there to be some sort of crackdown on social media, however, it is poised to be a debate involving first amendment rights. The attack on the Capitol on January 6th was abetted by the former president’s inciting messages on social media and websites such as Facebook’s ability to organize such an event has caused lawmakers to view social media as a danger. There will be backlash on behalf of free speech that will have to be balanced by the need to prevent such an attack from ever occurring again.

The webinar was concluded as the moderators asked the panelists if they had any foresight into the 2022 and 2024 elections, and they both agreed that 2022 will be a nail biter as the Democratic control as of right now is extremely slim. Mr. McCabe predicted that the Republicans would take control of the House, and that it is too early to predict 2024 presidential candidates.