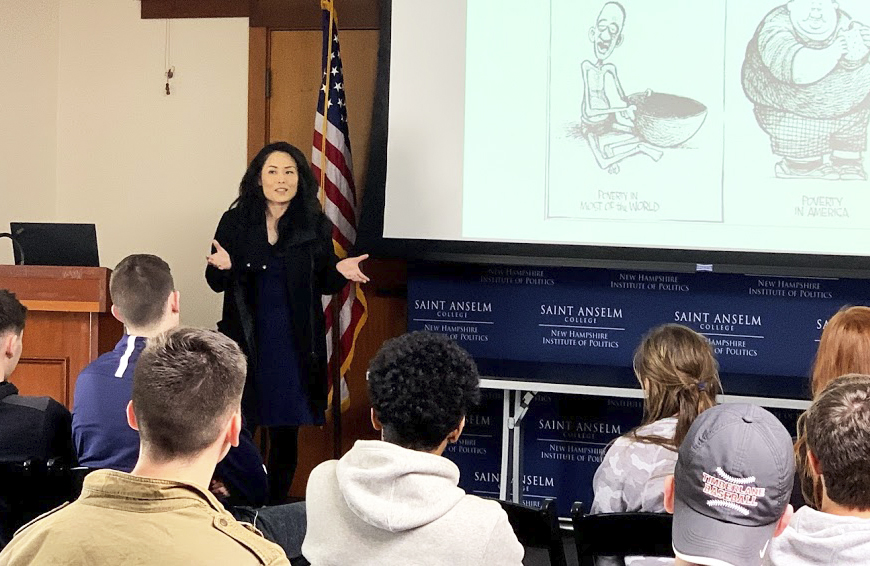 The series gives faculty members of Saint Anselm College an opportunity to present their research and findings. Huang is an assistant professor in the sociology and social work department and teaches a variety of courses. She earned her Ph.D. from Arizona State University and has had her work published in many academic journals.

Huang’s lecture examined the variations in BMI amongst Asian American and Asian immigrant subgroups across the United States, focusing particularly on people from China, Taiwan, Japan, the Philippines, and Southeast Asia. The effects of acculturation, or how immigrants adapt to American culture, was also examined in Huang’s study. In her lecture, she examined a number of factors that could contribute to Asian Americans’ BMI.

Huang surveyed 3,298 Asian immigrants, primarily from California because most Asian immigrants go to California. The main factors that influenced the survey included acculturation, length of residence, and English proficiency.

Her findings varied per each individual ethnic group. She found, in general, that Filipinos tend to have higher rates of acculturation and of obesity amongst the Asian American sub-ethnic groups. Huang’s findings also reinforced the commonly accepted finding that Asians immigrants who had a fluent grasp of the English language tended to have lower BMIs.