Protect & Defend the Constitution: The Significance of the Oath of Office 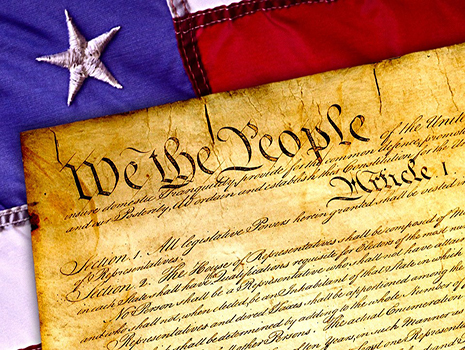 In the evening of October 1, the New Hampshire Institute for Civics Education, in partnership with the Warren B. Rudman Center at UNH Franklin Pierce School of Law, hosted a William W. Treat Lecture, and the topic of the webinar could not have been timelier.

The webinar focused on the role and the importance of the Oath of Office, as well as the significance and impact of the Constitution. This event came just two weeks after the passing of Supreme Court Justice Ruth Bader Ginsburg, and she was someone who lived by this Oath of Office. The information provided in the webinar helped viewers understand contemporary issues, such as filling the seat on the Supreme Court, as well as how to be constitutionally minded citizens.

The discussion was moderated by Janet Breslin Smith, a professor of national security strategy for 14 years at the National War College in the nation’s capital. She draws on her 30-year career in public service, which includes leadership roles in the U.S. Senate, the National War College, and in Saudi Arabia, where she focused on higher education and outreach to women. Smith took some time to welcome guests and thank all who made the event possible, and then she introduced the two speakers.

The first of the speakers was Chief Judge Scott Stucky, who was appointed by President George W. Bush to serve on the United States Court of Appeals for the Armed Forces in 2006. Judge Stucky spoke fondly of the first time he took the Oath of Office, and he said in that moment he felt the significance of what he was doing. He then went on to describe how there are different oaths depending on the position of service, and he reminded viewers that its not just those who take the oath who have a say in government, as citizens must also do their part.

Judge Stucky was joined by Maggie Goodlander, who worked for four years in the United States Senate after graduating from Yale University in 2009. Over the past decade, she has served in legal and policy positions in each branch of the federal government. She touched on the physical size of the Constitution and explained to viewers how it is a very short, but practical document, and it is only about 7000 words long.

Both speakers reminded viewers that citizens must do their part for everything to function properly. They encourage viewers to go and vote in the upcoming weeks, and they urged everyone watching to be students of history, so we can learn from the past.

After a lengthy and informative discussion, the speakers spent a few minutes to take questions from the audience. The next William W. Treat Lecture will be on October 29.