The Real Story of the Night the Berlin Wall Fell 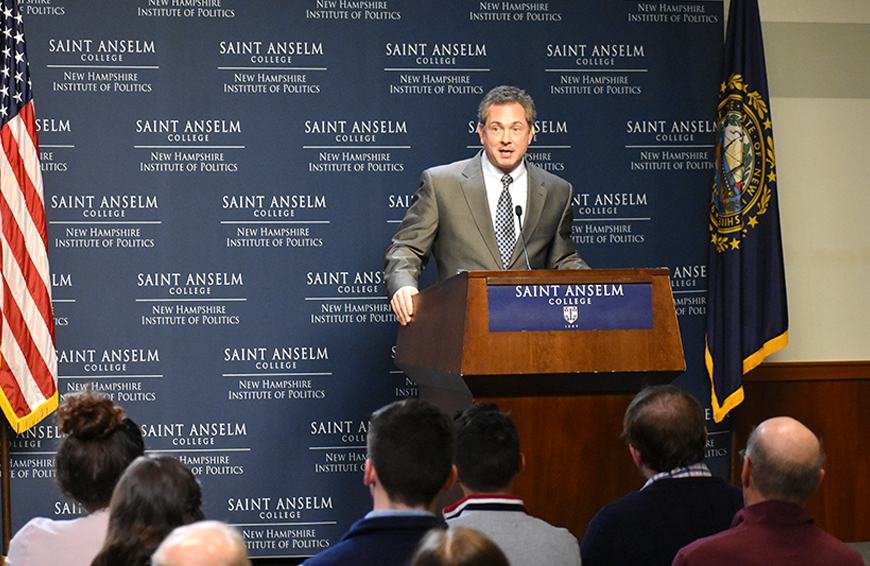 On November 7, the New Hampshire Institute of Politics (NHIOP) welcomed Jeffrey A. Engel, Director of the Center for Presidential History at Southern Methodist University, for a discussion titled, “Good thing you didn’t Know: The Real Story of the Night the Berlin Wall Fell.”

Engel is an award-winning scholar and teacher, and an expert on the U.S. presidency and American diplomatic history. Engel is a Senior Fellow of the Norwegian Nobel Institute and of the John Goodwin Tower Center for Political Studies and he studied at Cornell University, Oxford University, and the University of Wisconsin-Madison, from which he received his Ph.D. in American History in 2001.

Engel discussed the fall of the Soviet Union, and why its collapse was so unique, unlikely, and rather lucky. He described the Cold War as, “an event that could have ended all of existence,” and asked listeners to keep that in mind throughout the discussion. He argued that the Cold War did not end because of decisions made in Washington, D.C. and western Europe, but rather decisions made in East Berlin and Moscow.

He then tells the story of how these protests almost ended with violence by the East Berlin government. The political elite in East Berlin had ordered the military to fire on the protesters, however, the commander who was on the ground, commanding the troops, called his superiors right before he ordered the attack, and they did not answer. Engel says this is because the political elite in East Berlin did not want to be held directly responsible for the attack. This whole event illustrates how close the protesters were to being massacred, and how lucky the world is that the commander decided to call off the attack.

He concluded by restating the importance of the brave protesters in East Berlin, who for the vast majority of the protests, remained peaceful. By not turning to violent protests, Engel argued, the protesters, along with some luck, were able to see the fall of the Berlin Wall and the end of the Cold War without any major violence.