The Republican Party and Catholic Voters in the 2020 Election 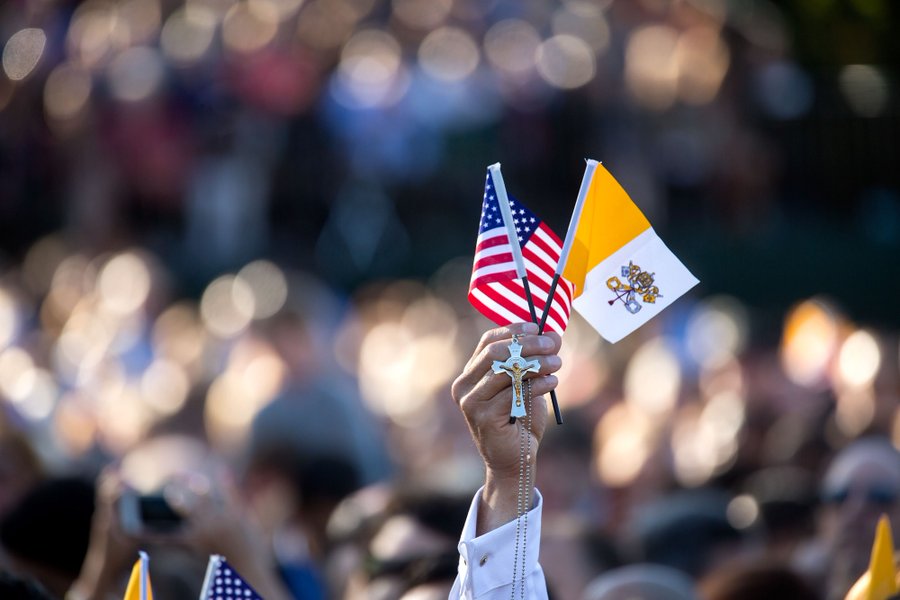 On Tuesday, September 22, the New Hampshire Institute of Politics hosted a virtual panel discussion, co-sponsored with the Boisi Center for Religion and American Public Life at Boston College and the Greenberg Center for the Study of Religion in Public life at Trinity College. The event, titled “The Republican Party and Catholic Voters in the 2020 Election,” discussed the issues driving Catholic voters in 2020 and what’s being done to get conservative Catholics to the polls. The Panel included Founding Dean of the Schar School of Policy and Government at George Mason University Mark Rozell, Executive Editor of National Catholic Reporter Heidi Schlumpf, and 75th Governor of New Hampshire and former White House Chief of Staff John H Sununu.

Schlumpf opened the discussion by saying that recent polling suggests that Catholics prefer Biden to Trump by a margin of 12%. However, “real Catholics,” as Sununu called them, or those who attend mass at least once a week, seem to prefer Trump. Schlumpf also provided data which demonstrated that white Catholic voters favor Trump by 19%, while Hispanic Catholic voters preferred Biden by a large margin of 63%. Sununu challenged this data, saying that removing the Hispanic Catholic voters of California and New York from these data would show that there is not such a large margin after all, and the vote is more evenly split between the presidential candidates.

Rozell reminded everyone that the Catholic vote is not monolitchic and it does not have a particular party that it consistently leans towards. One of the factors that played a role in Trump winning the Catholic vote in 2016 was his campaign’s targeted outreach. Trump’s campaign heavily targeted Catholic voters, while Clinton’s campaign did not, and in the end, Trump’s efforts proved successful. Sununu explained that while the catholic vote is very small, it can often be the swing vote that decides state and national elections. The Catholic vote helped Trump win over key swing states in 2016 and it helped Sununu win over the state of New Hampshire during his own campaign for governor in 1982. Sununu recalled that he strategically targeted the Catholic communities of Manchester, a predominately Democratic city, and as a result was able to beat an incumbent Democratic governor in winning the city’s vote.

However, the panelists, as with many American voters, were hesitant to completely trust the statistics produced by current polls. They were all in agreement that if the 2016 presidential election taught us anything, it’s that polls aren’t always indicative of the outcome of the election. With that said, it is clear that the Catholic vote will be one to watch and could be the swing vote to push the election in one direction or another.