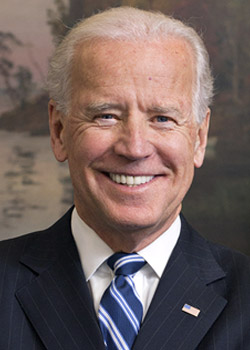 On March 1st, 2022, President Joe Biden delivered his first State of the Union address to Congress. A watch party was held in the New Hampshire Institute of Politics’ auditorium for students to attend and to facilitate a discussion on the contents of the address. Along with showing the address on two screens in the auditorium, the Kevin B. Harrington Student Ambassadors’ Events Committee held a raffle and a game of “SOTU Bingo.” Each student, as they walked into the auditorium, was given a raffle ticket and a bingo card, with the promise of either a gift card or a t-shirt for a prize. There were various ways students could win bingo, with spaces including whether President Biden was wearing a certain color tie or if he said a certain phrase during the speech.

During the speech itself, students were engaged and interested in what Biden would say, especially with the war in Ukraine raging on. Biden began his speech by discussing just that: the war in Ukraine. He invoked strong rhetoric, discussing how people must stand up to tyranny and directly calling out Russian President Vladimir Putin for “shak[ing] the very foundations of the free world,”. During the section where he spoke of Ukraine, he introduced the Ambassador of Ukraine to the United State, Oksana Markarova, seated with other special guests. Biden also took the speech to announce that Russian aircraft will no longer be allowed in American airspace, a move announced as multiple countries have already taken this step.

After the section on Ukraine, Biden moved on to more American-centered rhetoric, making promises for repaired infrastructure, the buying of American-made products, and clean water for children both at home and at school. Biden announced three special guests during this portion of the speech; Intel CEO Pat Gelsinger, United Steelworker Joseph Burgess, and diabetes activist Joshua Davis, only thirteen years old. Biden also discussed lowering the cost of prescription drugs, closing loopholes for wealthy Americans and corporations on taxes, and promoted raising the federal minimum wage to $15 per hour.

He then led into a discussion of the pandemic and gave four steps to help alleviate some of the suffering that it has caused. First, he promoted getting vaccinated and treatments for those who have contracted Covid-19. Second, he discussed a “Test to Treat” initiative, where people could get tested for Covid-19 and then, if positive, be directly handed medication in order to treat the virus. Third, Biden promoted the ending of shutdowns of schools and businesses. He then announced that, beginning the week of March 7, 2022, Americans could request more free at-home Covid-19 test kits.

Biden then asked Congress to help him pass multiple bills, such as the John Lewis Voting Rights Act and the Freedom to Vote Act. He discussed voting rights, protecting women’s rights and maternal health care, along with a woman’s right to choose. He then discussed the opioid epidemic, saying, “stop the flow of illicit drugs by working with state and local law enforcement to go after the trafficker,”.

Biden then pivoted to mental health, specifically regarding children. He discussed the impact social media has on children’s mental health, saying corporations need to end targeted advertising on social media towards children. He then discussed Veterans’ health, discussing expanding access to healthcare for veterans suffering from cancer and making VA care debt-free for veterans.

Biden concluded his speech by saying, “the state of the union is strong, because you, the American people, are strong,” discussing coming together as American people to “overcome the challenges of our time.”