Tim Ryan Participates in "Conversation with the Candidate" 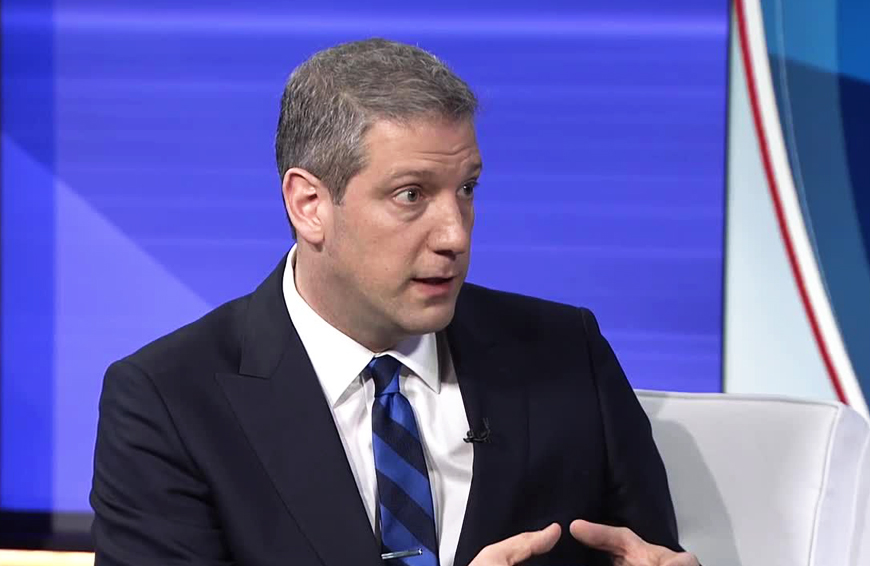 On the morning of April 11, Democratic presidential candidate Tim Ryan came to New Hampshire for “Conversation with the Candidate” at WMUR-TV in Manchester.

Ryan is currently serving as the U.S. Representative for Ohio's 13th congressional district and has been since 2003. He graduated from Bowling Green University with a degree in political science and went on to study law at the Franklin Pierce Law Center, which is now the University of New Hampshire School of Law.

The event began with a brief interview with WMUR’s Political Director, Adam Sexton, who then led a question and answer segment with New Hampshire voters in the audience.

Ryan was very passionate about how he does not believe President Trump has lived up to his promises. He told the crowd that if he were elected, he would stand by his word.

One of Ryan’s core beliefs throughout his campaign is that he wants to rebuild the middle class.

Ryan also wants America to take initiative in the electric car industry. Since electric cars are becoming more popular, he wants all of the car parts to be made in the United States. He noted that China is the leader in regards to electric cars, and that this does not sit well with him.

When asked about medicare for all, Ryan stated that he thinks there needs to be a public option for people to get healthcare. He went on to speak about how he would also like to invest in agriculture and in schools in order to promote a healthier country, which would help minimize the need for healthcare.

Ryan announced his bid for 2020 earlier this month.