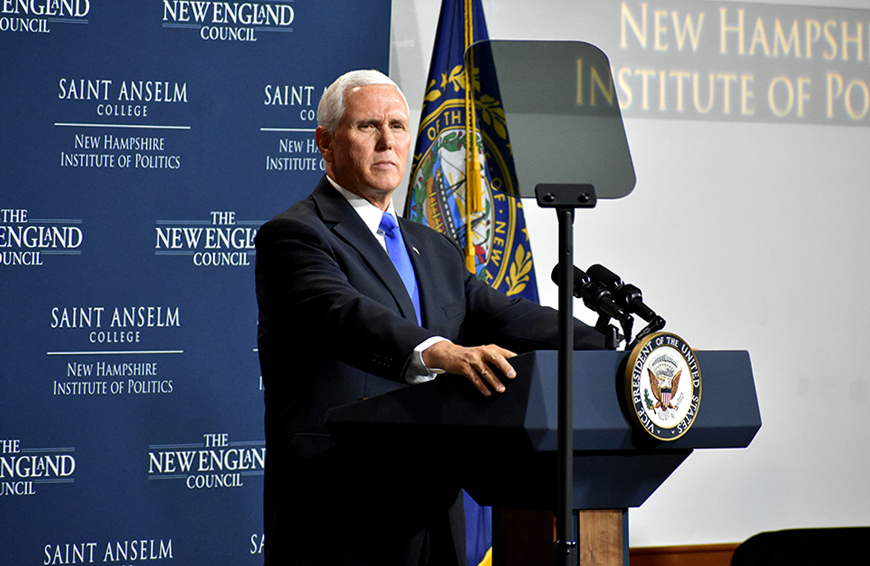 Before his remarks, the Vice President thanked those in attendance including Saint Anselm College President Dr. Joseph Favazza, members of the New England Council, NHIOP staff, students, and elected officials.

Pence gave an energetic address on why he believes that he and President Trump should be given another four years in the White House.

The Vice President spoke about a wide array of issues facing the nation including the opioid crisis, the USMCA, taxes, immigration, and much more. He also remarked on the improving economy.

The Vice President argued that President Trump is the best choice for America. He asserted that both he and the President would return to New Hampshire many times to campaign in hopes of winning the state back in 2020.

After his remarks, the Vice President took pictures and said hello to students and attendees.