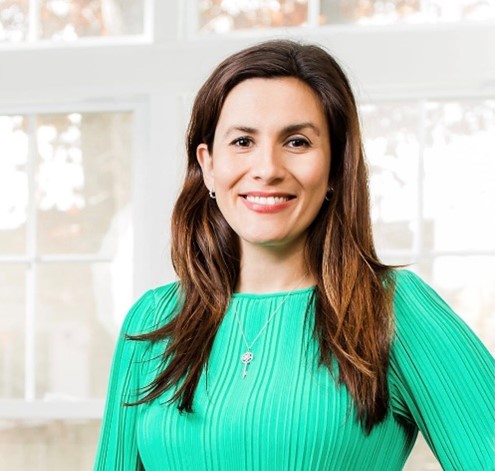 On February 16th, Student Ambassadors Maeve McAllister ’23 and Katie Monahan ’22 were joined by Kate Anderson Brower, author of Team of Five: The President’s Club in the Age of Trump, for a virtual webinar. Brower is a CNN contributor, and has also previously worked for Bloomberg News, CBS News, and Fox News, as well as written for the New York Times, Vanity Fair, and the Washington Post. Students and community members watched the webinar remotely, and a small group of Student Ambassadors viewed the event together from the auditorium at the Institute of Politics.

Team of Five surveys and reports on the relationships between the five living former presidents at the time of writing: Jimmy Carter, George H.W. Bush, Bill Clinton, George W. Bush, and Barack Obama. Brower also explores how these former presidents interacted with the Trump administration.

During the webinar, Brower explained that public relationships between former presidential families can be as much about optics as personal connection. Referring to Michelle Obama’s and Laura Bush’s famous friendship and the many moments the two presidential couples have been photographed together, Brower said, “They want to be seen together. When they’re photographed in public, it can help to heal the divide as the political environment has become increasingly partisan.”

The unwritten rules of the President’s Club were another interesting topic broached during the webinar. Former presidents and first ladies will always wait until the current occupants of the White House reach out to them before calling to offer advice or counsel. Additionally, former presidents refrain from publicly criticizing their successors. Regarding Carter and his open criticism of Clinton, Bush, and Obama, Brower distinguished his comments as being based on policy rather than character. “Carter often spoke very honestly,” she added, connecting this to the question of why Carter often drew the ire of his fellow former presidents.

On the subject of criticism, one viewer asked whether Brower believed Donald Trump would take to criticizing future administrations. She answered that she thought it likely, and that in her view, the outcome of such criticism would depend on how much the media would pay attention to and platform it.

The event concluded with Brower teasing her upcoming book “that has nothing to do with politics,” and with her looking forward to her upcoming interview with Dr. Jill Biden. Students at the Institute found the talk interesting, and expressed enthusiasm for learning about a topic that put the current partisan divide into further context.