What Is Happening To Our Economy? 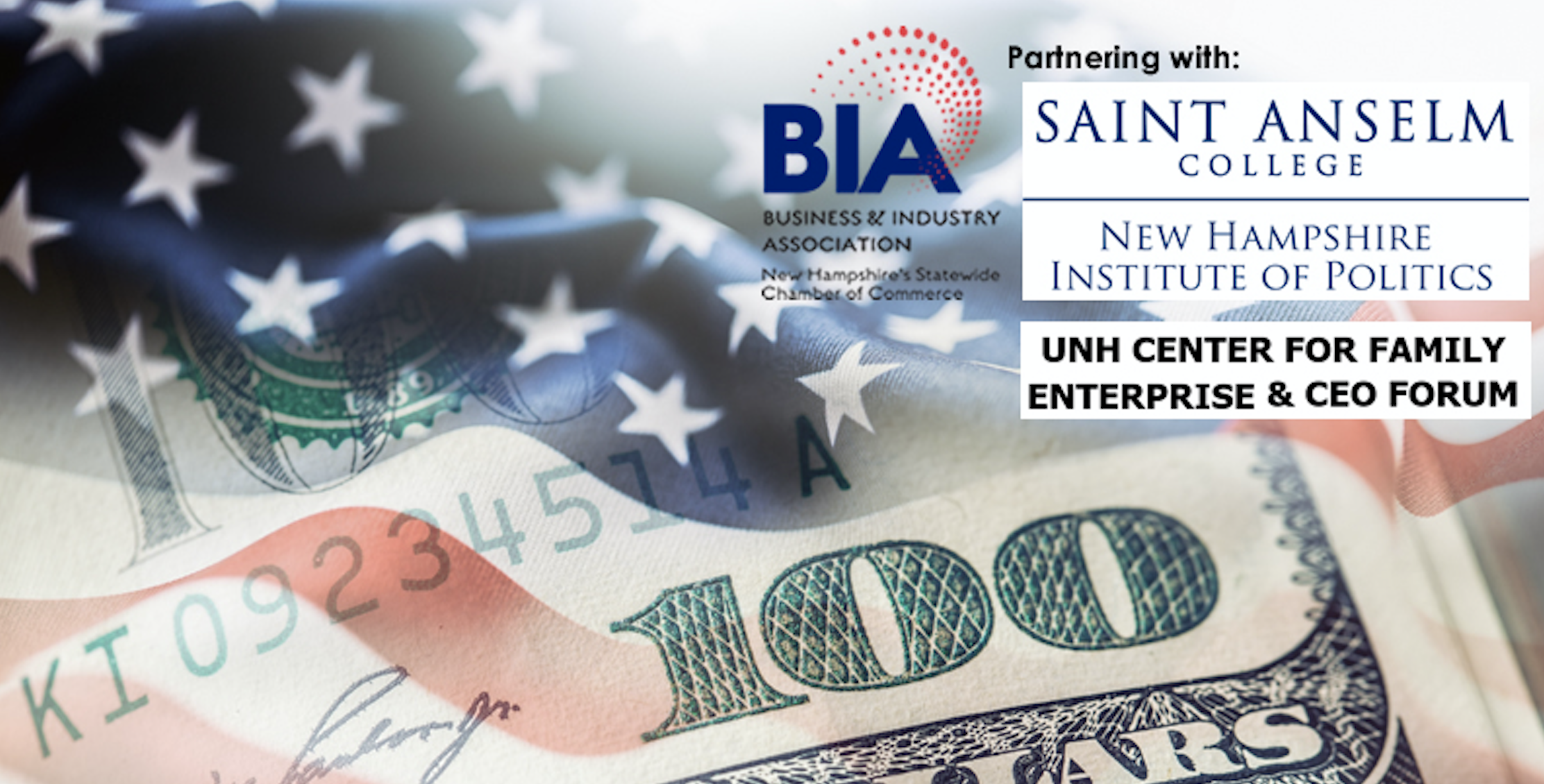 On the afternoon of Wednesday, April 22, the Institute partnered with the Business & Industry Association of New Hampshire to host a webinar featuring Curtis Dubay, Senior Economist from the U.S. Chamber of Commerce. The webinar was free of charge and open to those who registered in advance.

Dubay has previously worked at the Heritage Foundation and at the American Bankers Association, and earned his M.A. in Economics at the University of Connecticut. According to the U.S. Chamber of Commerce’s website, Dubay “heads the Chamber’s research on the U.S. and global economies.”

The purpose of the event was to shed light on the current state of the U.S. economy, analyze the policy responses that have come out of Congress and the Federal Reserve, and examine projections for what a recovery would look like.

Dubay began by providing a general overview of the economy before the demand-side shock resulting from the lockdowns occurred. He explained how the strong labor market in February gave way to record-breaking unemployment claims during the week ending March 21st, culminating in a total of 23 million Americans being out of work from the crisis to date.

Dubay said that a “textbook recession,” in which the economy shrinks for two consecutive quarters, is likely in quarters 1 and 2 of this year. The first official estimates for quarter 1 GDP will be out next week.

Dubay also warned that economic recovery could be somewhat sluggish and uneven. He emphasized the likelihood of a “checkmark recovery,” in which it would take longer to build back up to the previous levels of output and employment.

Dubay expressed confidence in the policy responses from both the Federal Reserve and Congress, citing the Paycheck Protection Program (PPP) that the Senate recently voted to replenish as an important tool for keeping businesses afloat and ensuring they are able to re-open when possible.

In response to questions regarding the national debt, Dubay said the recent spending has accelerated the timeline on which it will be necessary for Congress to address it. He doubts it will be an issue this election cycle, and recalls how voters have not seemed to care much about the issue in the past. In any case, Dubay says addressing the economic issues we face today must take precedence.

Dubay also added that he is not concerned about potential inflation, explaining that he has confidence in the Federal Reserve to reign it in if necessary. Years ago, he had worried the response to the Great Recession of 2008 would lead to runaway inflation, but said, “it never came.” The potential for a deflationary spiral would be much more concerning, he said, as falling prices could hurt borrowers and output as businesses struggle to cut costs due to the stickiness of wages.

The webinar served to explain many of the complicated economic consequences of the COVID-19 pandemic, and provided an opportunity for students and the New Hampshire business community to become more informed on the subject. To view a list of upcoming BIA webinar visit https://www.biaofnh.com/webinars.html.