Recently published books by Saint Anselm College faculty demonstrate and share their expertise with the wider world. The publications include: a book to help young adults become financially independent, another about “carpetbaggers,” and a third to promote meditation and find the right “paraphrase” for your soul. 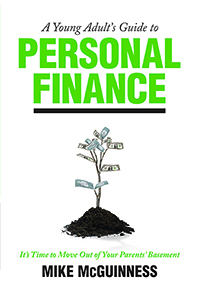 Written in a question and answer format between a student and a professor, the piece gives readers time to absorb and understand the financial concepts discussed. It does not have to be read cover-to-cover but instead can be followed based on the topic for which the reader is interested. Topics covered by Professor McGuinness include budgeting, automobile and other loans, renting an apartment, the mortgage process, and paying for school and financial aid, to name a few. 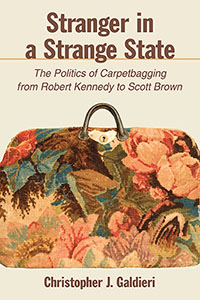 The intent of Stranger in a Strange State is to examine why politicians become carpetbaggers and how it might shape their campaign and subsequent potential victory. Past records have shown it takes national political stature for a carpetbagger to win an election but in the current era of polarization, politicians and political parties alike might be more open to the idea. Professor Galdieri utilizes archival research, accounts of carpetbagger campaigns, and scholarship on campaigns and representation throughout his book. 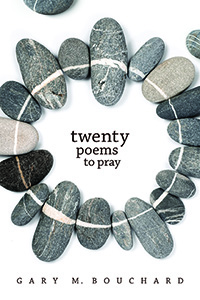 wenty Poems to Pray
Professor Gary Bouchard of the English Department and Director of the Gregory J. Grappone Humanities Institute, offers Twenty Poems to Pray to show how poems can express the longings of the human heart as a kind of prayer. Moving through the seasons, his book is split into six themes: When Yellow Leaves or None or Few, A Small Thing Always Near, Gift to this Gift, To Earth and Ashes, To Carry Him With Us, and Let the Day Come In.

Using poems from renowned authors such as Emily Dickinson, Rev. Rowan Williams, Pope John Paul II, Christina Rossetti, Robert Frost, and Fr. Kilian McDonnell, O.S.B., Professor Bouchard aims to lead his reader towards meditation instead of offering his analysis. Through the liturgical and natural seasons, Professor Bouchard provides explanation and context to help readers reflect on these poems in their own way.