Dean of the College Mark Cronin, PhD., recently announced that Professors Mary Kate Donais, chemistry department, Andrew Moore, history department, and Sean Parr, fine arts department have been named endowed chairs to pursue research. “Drs. Mary Kate Donais, Andrew Moore, and Sean Parr all embody the best attributes of the Saint Anselm professor: they are active and productive scholars who are capable of bringing their research back into the classroom, and in their work with their students,” he said. 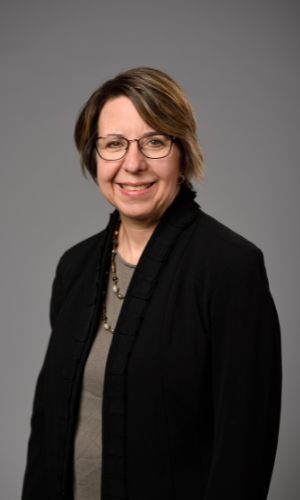 Professor Donais, of the Chemistry Department, has been appointed to serve as the Barbara Stahl Fellow for three academic years. The endowment of this position is made possible by the estate and friends of Professor Barbara Stahl, a former professor in the Biology Department. The fellowship position emphasizes her commitment to the relationship between science and humanities.

Donais will dedicate her time to cultural heritage analysis with an emphasis on spectroscopy, which is the use of light to characterize materials. This research includes chemical measurements associated with archaeological excavations (both at sites and removed artifacts) and historic archives. She shared that her archive work with the Manchester Historic Association includes analysis of turn-of-the-century fabrics with handwritten dye recipes from the Manchester Mills.

She also explained that elements of her research in spectroscopy and heritage analysis are woven into her courses. In her class Solving Mysteries with Science, Professor Donais said that students will learn about her research in cultural heritage analysis and practice with some spectroscopy instruments. “By using non-destructive measurement devices, I’m able to add chemical information to the traditional research techniques used by historians and archaeologists such as visual observations and review of written records,” explained Professor Donais. The ultimate goal of this research is to expand the knowledge of important historical samples through collaboration. 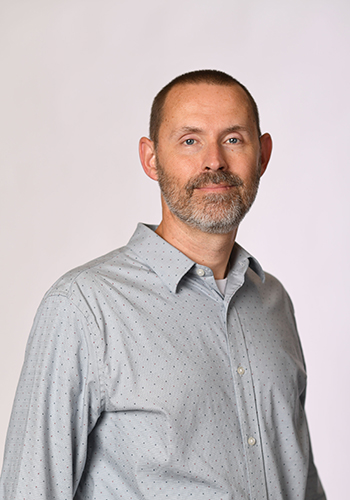 Professor Moore, of the History Department, has been appointed to serve as the Robert E. Jean Professor of History and Government. Moore will dive into two projects under the umbrella of “The Political Life of Evangelicals” in which he explores the impact of evangelicals on public life in the last 40 years.

The first element of this project is the completion of “A Prophet Without Honor,” a book-length biography of former president Jimmy Carter. “The book uses a biography of Carter to explore the intersection of religious, racial, regional, and political change in the civil rights and post-civil rights eras,” explained Professor Moore. He continued to share how Jimmy Carter, an “evangelical” Protestant, marked the entry of evangelicals into national politics where they have since become a prominent faction in the Republican Party.

The second element of the project is entitled “Spirit of Fear: God and Guns in America,” which was initially a project for the Center for Ethics in Society to discuss the ethics of church leaders encouraging gun-carrying during worship services. Research into this question has brought Professor Moore as far back as the 1970s and he intends to further pursue this topic during his time as the Jean Chair. “My initial interpretation is that guns represented for evangelicals larger cultural and political concerns based on fear of American decline and fear of loss of cultural and political position,” said Professor Moore.

The Robert E. Jean Professor of History and Government is endowed by the estate of Joseph Jean, an alumnus of the college from the class of 1953, in honor of his brother, Robert E. Jean, who predeceased Joe. Professor Moore will serve as the Jean chair for two academic years. 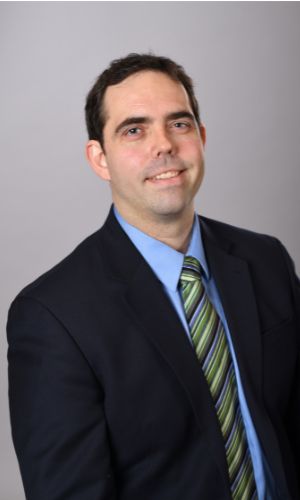 Professor Parr, of the Fine Arts Department, has been appointed to serve as the Richard L. Bready Professor in Ethics, Economics, and the Common Good. His research explores the relationship between ethics and music. In the next three years, he will draft a book on this research entitled “Singing at the Limits: Wagner, Race, and the Heroic Voice.” This project will involve many disciplines, such as philosophy, media studies, gender studies, and psychology.

In 2019, Professor Parr traveled to Bayreuth, Germany for archival research on German composer and polemicist Richard Wagner. Since then, Parr has examined the ethics relating to Wagner’s music, anti-Semitic theories, and systems that arose after his death. “Now, in the spirit of our College’s collective effort towards racial justice, the project has turned into a serious study of Wagner, singing, and race,” Professor Parr said.

He also plans to organize a conference to further explore the politics of singing and race. “By delving into the fraught relationship between Wagner’s prejudices and the pernicious results of his nationalist musical agenda, I hope to inspire a broader discussion on racialized sounds, challenging the way we think and talk about singing,” explained Professor Parr.

Professor Parr is thankful to serve as the Bready Professor and dedicate his position to “pursuing music’s ineffable nature while working in tandem with colleagues and listening to the important, urgent calls for change in our own era.” The Richard L. Bready Professor in Ethics, Economics, and the Common Good was endowed by former trustee and generous donor of the college, Robert Bready ’65. Since 2005, the Bready Chair has supported the examination of the function of ethics and liberal arts disciplines in a free market economy.