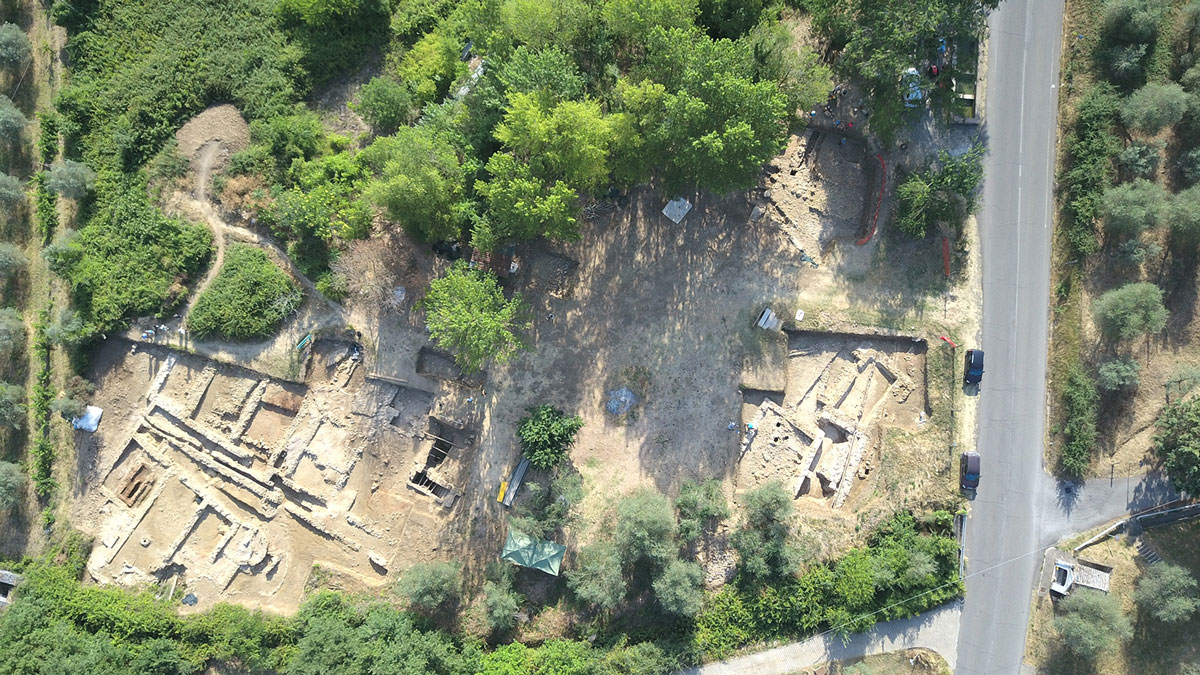 Over the last 14 years, excavations at this Etrusco-Roman settlement have uncovered evidence of habitation of the site from at least the 9th century BCE through the renaissance when the site was destroyed by mudslides.  Among its interesting features are sanctuary walls from the Etruscan period to the Roman.  The Etruscan wall, dated from ceramics and construction to the 6th century BCE, was surmounted by a series of inverted large pots (dolia) referred to as ziros. In this part of Etruria, these finds frequently indicate a space that is sacred to gods of the dead.

Also on the site there are a number of Roman features: roads, bath complexes, and kilns.  Numerous Roman coins have been discovered here, especially along the roads.

Our current working model is that Coriglia began as an Etruscan water/healing shrine around which a small town developed and grew. After the Roman suppression of Orvieto (Velzna) with which Coriglia was associated, the finds indicate that it grew into a larger town with a bath complex/shrine along a branch of the Via Cassia during the late Republic, possibly dedicated to Bacchus. The core of the complex remained in use until at least the 5th century CE, while settlement persisted until at least 1000 CE, after which the site became the focus of production activity lasting until the 15th century CE when it was forgotten and became an olive grove and vineyard.