During Saint Anselm College's 121st commencement exercises on Saturday, May 17, commencement speaker Bob Schieffer addressed 417 members of the class of 2014, and Dr. Steven DiSalvo presided over his first commencement as president.

Dr. DiSalvo thanked the class for making his first year at Saint Anselm a special one, and reminded the graduands that no matter where their journeys take them, they are always welcome on campus. He advised graduates, "While the world around us may move at a rapid speed, I urge you to remember all of those Saint Anselm hours, and find time to cultivate those habits that made your time with us so special."

Bob Schieffer, the award-winning journalist who was the anchor and moderator of the CBS News' Sunday broadcast, "Face the Nation," recalled his many visits to New Hampshire, starting during the 1976 presidential primary season. He has covered nine primaries in the state, and last visited Saint Anselm College in 2007.

BLOG: "A Message to the Class of 2014" from Dr. DiSalvo, President of the College

VIDEO: Watch the One Hundred and Twenty-First Commencent Exercises in their entirety.

SOCIAL: Tag your Instagram photos and Tweets with #SAC14 -- Retweets and photos are compiled on our social media hub, social.anselm.edu 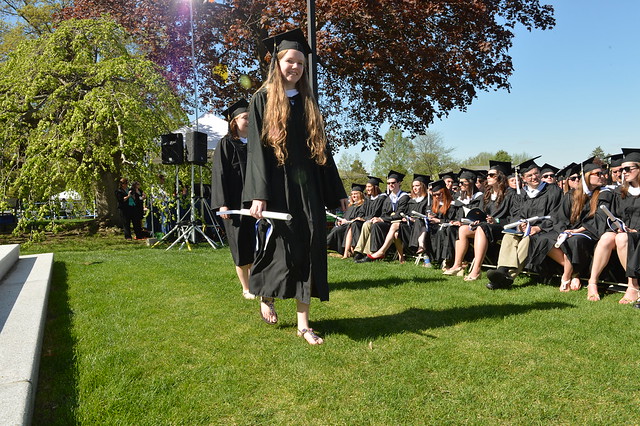