During Saint Anselm College's 122nd commencement exercises on Sunday, May 17, commencement speaker Mitt Romney addressed 471 members of the class of 2015, and Dr. Steven DiSalvo presided over his second commencement as president.

Dr. DiSalvo, after congratulating the members of the class, noted that they were graduating in a special year, the 125th anniversary of the college's founding.

"Looking back, not only over your four years here, but over 125 years of tradition and distinction, our unique history is what makes us all part of something truly special," he said. "As you step forward into your bright futures, I know that you will always be Anselmian strong."

BLOG: "A Message to the Class of 2015" from Dr. DiSalvo, President of the College

VIDEO: Watch the One Hundred and Twenty-second Commencent Exercises in their entirety.

SOCIAL: Tag your Instagram photos and Tweets with #SAC15 – Retweets and photos are compiled on our social media hub, social.anselm.edu 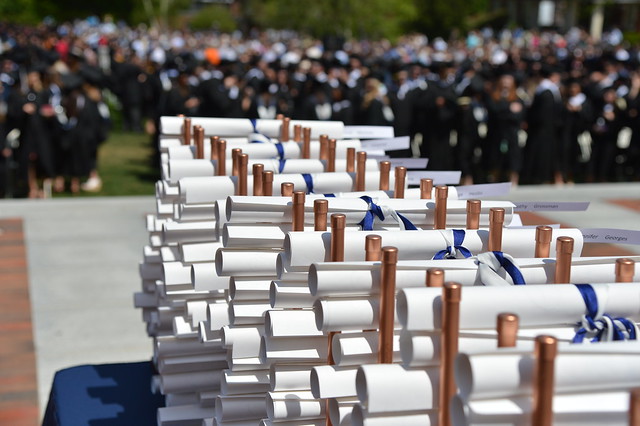