Welcome to the English department! If you love to read and discuss great books, if you are interested in increasingly complex kinds of communication and their cultural implications, and if you want an academic experience where you develop supportive lifelong relationships with your teachers and fellow students, our program is right for you.

As an English major, you will learn how to navigate the complexities of written and spoken language with a critical eye, enriching your life through the distinct pleasure of reading. As a Communication major, you will study the dynamics of interpersonal and intercultural message-making as well as the politics of mediated representations, giving you invaluable tools to make sense of and make your mark in an ever-connected world.

At Saint Anselm College, you will develop supportive lifelong relationships with your teachers and fellow students. You will gain valuable experience through internships, research opportunities, and extracurriculars.

Our graduates take their rigorous training to a variety of careers, from education, publishing, and broadcasting to politics, law, journalism, and finance. Recent research shows that English majors are hotly pursued by successful companies, that English skills are excellent predictors of career success, and that communication skills learned in college, including storytelling and persuasion, are essential attributes for success in career and civic life.

Congratulations to Rose O'Malley, an English and Spanish double major who has been selected as the Fr. Bernard Holmes, O.S.B., Scholar for the 2019-2020 academic year. Bernard Holmes Scholars demonstrate leadership potential, work to provide assistance to others, and actively participate in the life of the college. The award is presented annually to an incoming senior, and provides a full tuition scholarship for the student’s final year at Saint Anselm College. Congratulations, Rose! 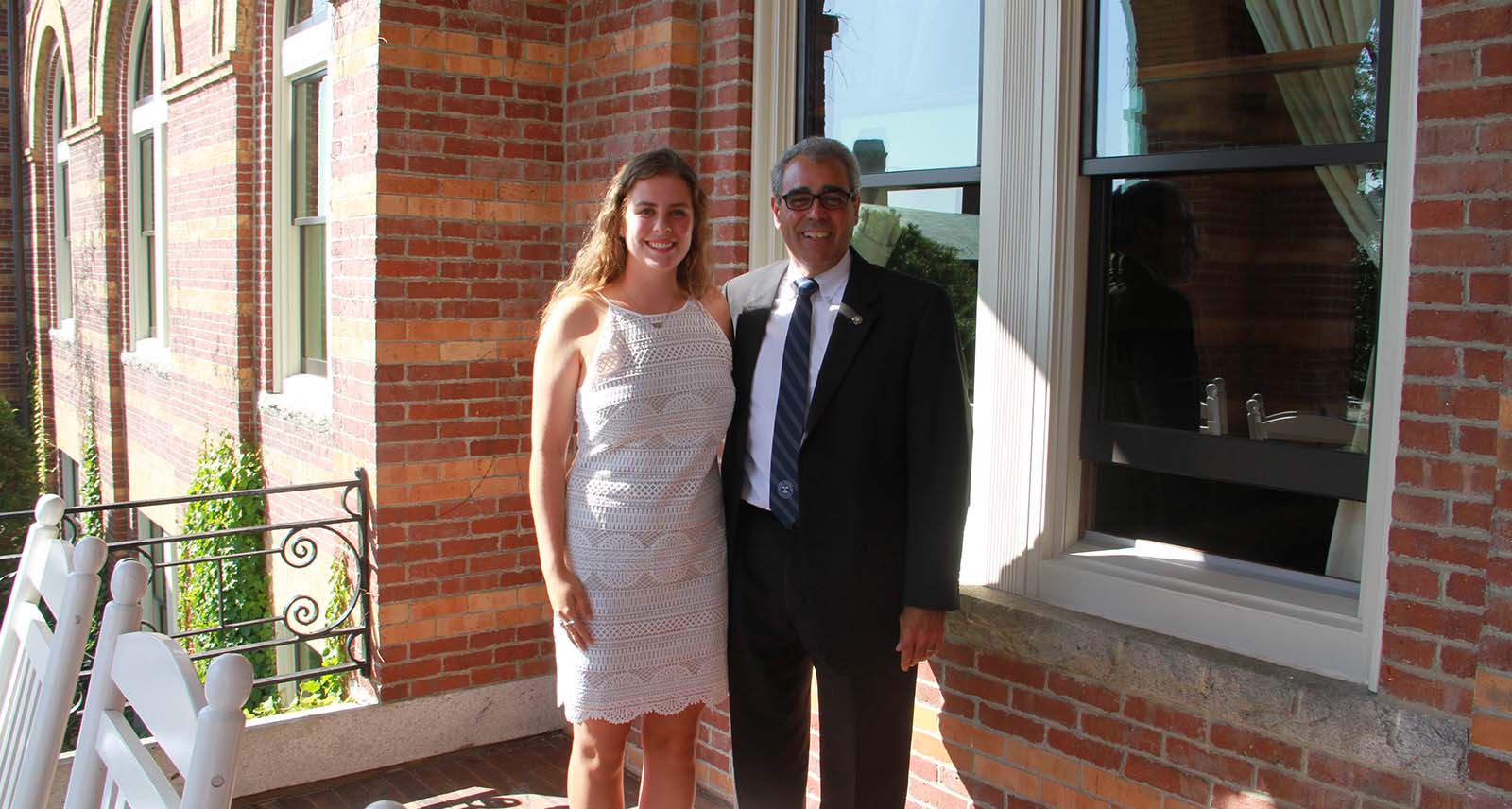 "I would like to thank the English department faculty of Saint Anselm for their support and encouragement over the past three years. My professors have enabled me to study great authors, to research and complete independent projects, and to develop strong written and communicative skills as I pursue an English major. I would also like to express my gratitude for Professor Thorn and Professor Cronin, who have collaborated with me in many endeavors throughout my college career."

For the full announcement, see the News & Media page.

A Message from our Department Chair