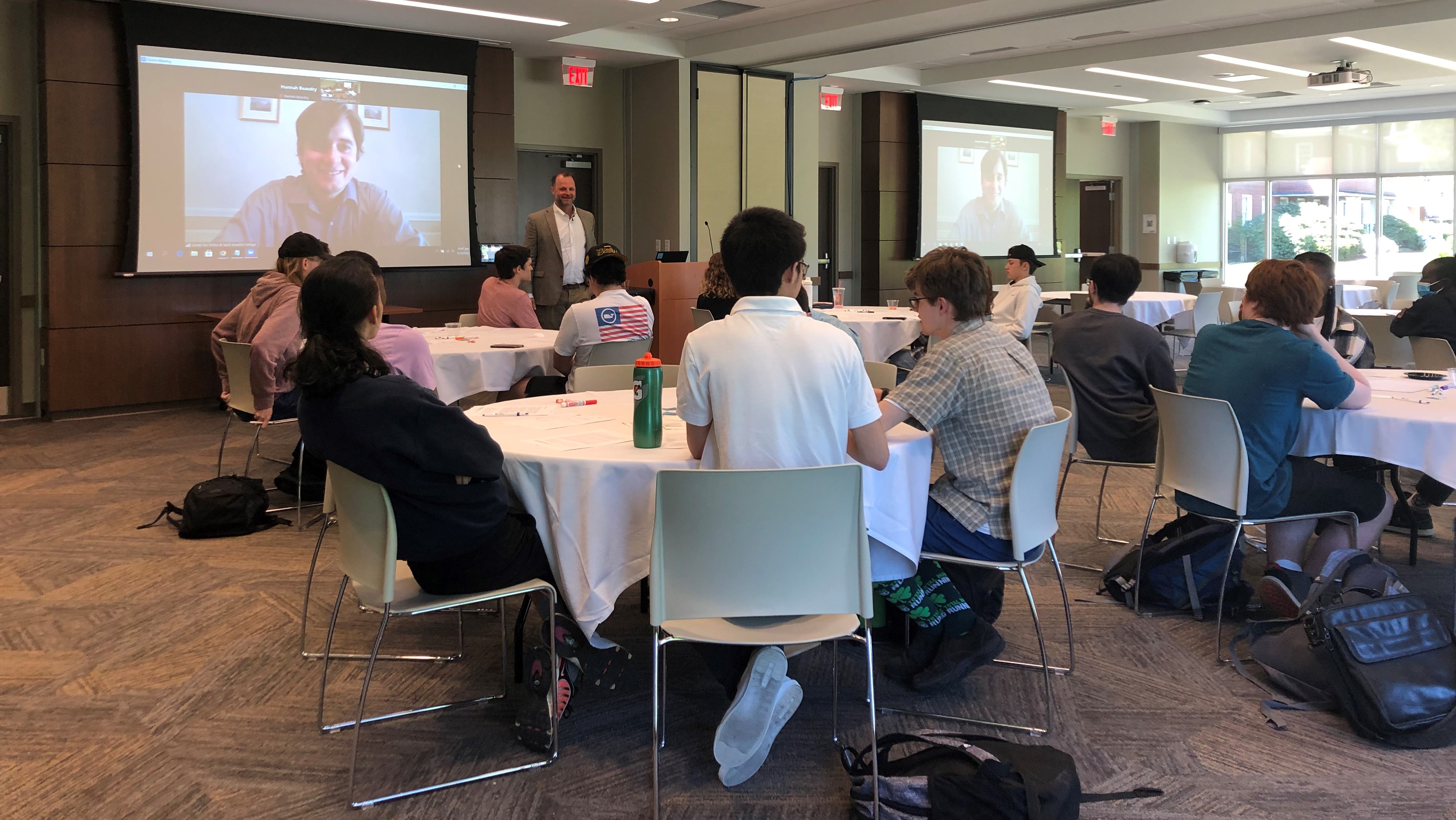 On May 18, 2022, the Center for Ethics hosted a capstone event for the Ethics Circles program. High school students joined us on campus for a series of discussions and activities. In a session led by Dr. Bob Anderson of the Philosophy Department, students read a National Ethics Bowl case study and discussed ethical considerations for restaurants that adopt a living-wage model and those that use a tipping model. They considered how both models affect employees, restaurant owners, and customers.

In another session, Dr. Max Latona (Executive Director of the Center for Ethics) and Dr. Jason Sorens (Director of Research and Education) exercised active listening and civil dialogue in a  discussion, modeling the discussions students have during the Goodchild Ethics Bowl competition. The question was whether people have a duty to follow the law. After Dr. Latona and Dr. Sorens framed both sides of the argument, students offered their own thoughts. They considered seemingly arbitrary laws that states currently have, and whether or not citizens freely agreed to participate in this transaction between themselves and the government. Additionally, they considered how some laws should be followed not just because they are the law, but because they contain an underlying moral imperative that ought to be followed even if the law did not exist.

After lunch, students played games on the quad, led by Brian Deignan ‘21, a Center for Ethics student intern, before heading to the Abbey Church for a short discussion with Brother Basil Franciose, O.S.B., a 2017 graduate of Saint Anselm College and monk of Saint Anselm Abbey. Brother Basil spoke about his experience as a monk, and the students eagerly asked him tough and thoughtful questions.

During the 2021-22 academic year, Ethics Circle students had meaningful conversations about ethics in their schools, communities, and the world at large. They participated in the Ethics Bowl competition and Ethics Labs, were mentored by Center for Ethics student interns, and overall developed skills such as critical thinking, respectful listening, and collaboration.