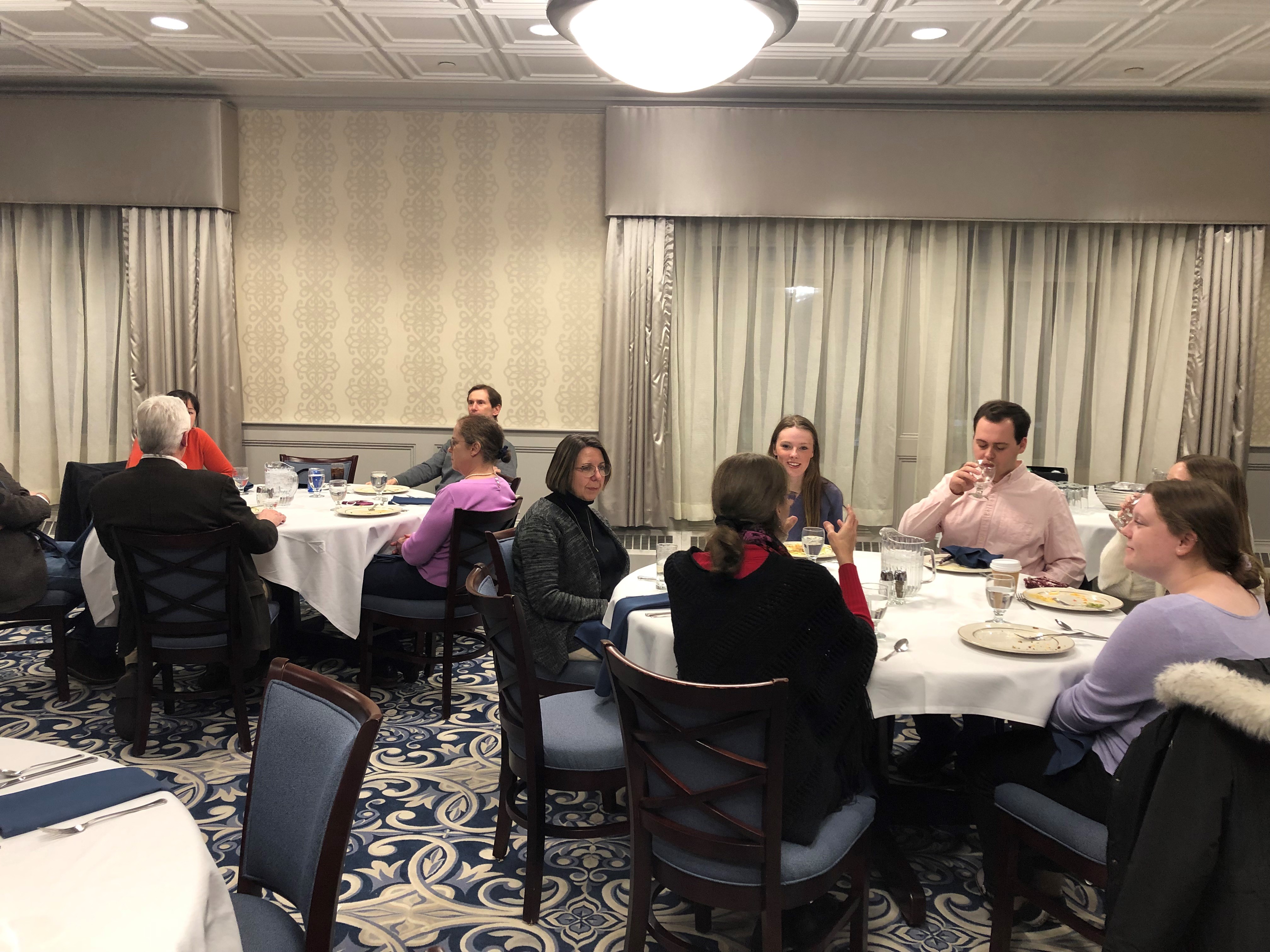 The latest Ethics in Our World event was a faculty-student dinner discussion with Dr. Ann Holbrook of the English Department. The question of the evening was, “Why are men going to college in fewer numbers than women and then doing worse when they get there?”

Dr. Holbrook kicked off the conversation by highlighting some of the major points from a Chronicle of Higher Education article exploring the very topic in question. The Chronicle branded this phenomenon as “The Male Enrollment Crisis.” Holbrook also prefaced the conversation with an exhortation to fully and respectfully speak one’s mind because holding back can prevent meaningful conversations from happening, as well as the growth that follows them.

The first figure of this article is one of the most striking: although men make up about half of the population of 18- to 24-year olds, they made up only 40.5% of undergraduate students in the spring of 2021. According to the Dean of Saint Anselm College, Dr. Mark Cronin, this mirrors our own college’s demographics almost exactly (40/60 M/F). The article also detailed the cultural reasons that boys tend to disengage from education.

After a delicious meal the discussion began amongst the guests at their tables before opening up to a larger group discussion. There was a mix of students and professors from many different disciplines. Several voices echoed the sentiment that being “openly smart” is simply seen as uncool for men. Others talked about how, despite the Male Enrollment Crisis, men still earn more than women.

Everyone in attendance was deeply engaged and the conversation was so fruitful that there was an eagerness to continue after the dinner concluded.

Thank you to Dr. Ann Holbrook for facilitating and to all in attendance for making the conversation so impactful!