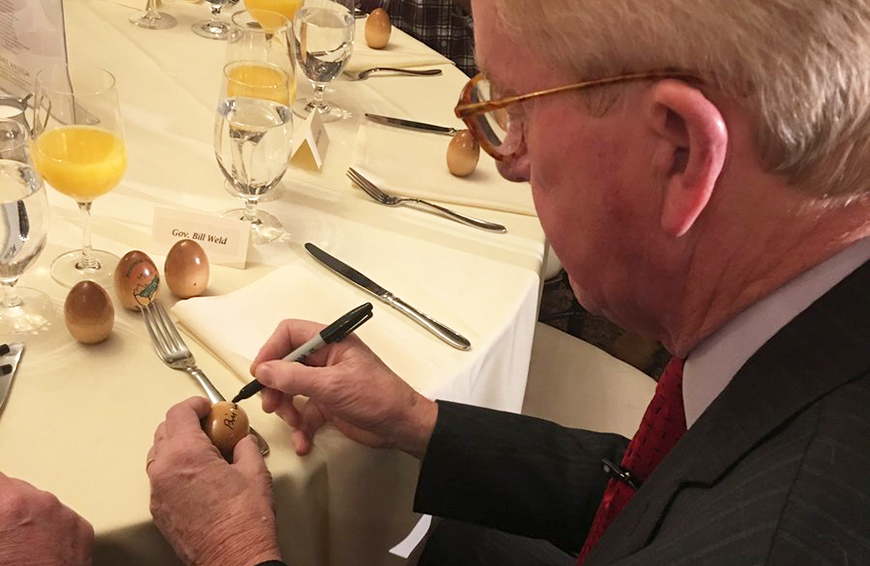 Former Massachusetts Governor Bill Weld announced that he is launching a presidential exploratory committee at the trademark Politics & Eggs event this morning. In 2016, Weld ran on the Libertarian ticket for Vice President as the running mate of former New Mexico Governor Gary Johnson.

Weld shared his disdain for the current President and the state of the country. “In every country, there comes a time when patriotic men and women must stand up and speak out,” he said. “In our country, this is such a time.”

Governor Weld expressed great concern if there were to be six more years of Trump as president and where the country would stand in the aftermath of an additional term amongst world leaders.

Weld’s main points focused on simplifying the tax system including a tax form that could fit on a postcard and creating a 19% income tax across the board.

Weld also touched on making education a state issue and reflected on his experiences with improving education as the Governor of Massachusetts.

He echoed the voices of many Democratic Politics & Eggs guests addressing climate change, and even going as far as to say that the United States should re-enter the Paris climate agreement.

Weld faced many difficult questions after he spoke including a question about his switch of parties from Republican to Libertarian and back to Republican again. He answered by reflecting on his time as a Republican Massachusetts Governor and what he did for the Commonwealth.

Governor Weld will determine over the next few months if he will formally run for president.