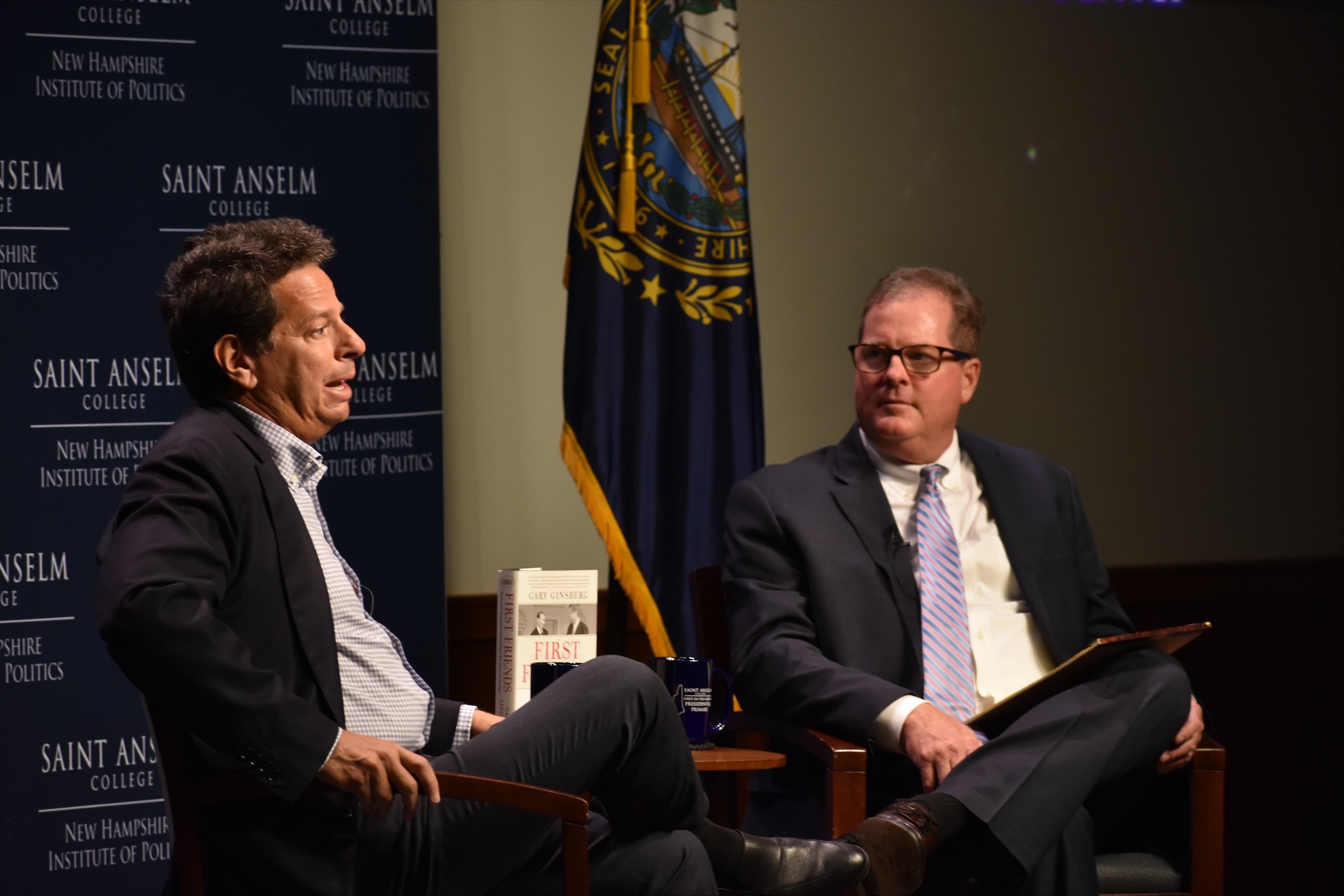 Author Gary Ginsberg came to the New Hampshire Institute of Politics last Wednesday evening November 10th, to share some thoughts and answer questions about his novel First Friends, where he delved into the friendships of nine U.S. presidents.

What is interesting about Ginsberg is that he has had some first hand experience, since he worked with the Clinton administration before. He was inspired by the time when he along with five other lawyers were vetting people for the vice presidency in 1992. He spent three weeks working hard to understand Al Gore and determine his fitness for the vice presidency. At one point, Ginsberg was asked who Al Gore’s friends were, which ultimately revealed to him the importance of friends in the lives of presidents.

Among the friendships described by Ginsberg in his book was the relationship between President Lincoln and Joshua Speed. They shared the same bed for four years, which fostered speculation. Nonetheless, Speed, a slave-owner and a Democrat, helped Lincoln through the Civil War, having helped keep Kentucky in the Union. Speed also helped Lincoln through his crippling depression.

Ginsberg also covered the friendship between President Franklin Pierce and Nathaniel Hawthorne, who helped the New Hampshire born president through the losses of his sons. Hawthorne also wrote his biography in 1852. To paraphrase, Ginsberg says that very few presidents have gone without having close friends, such that it is often advantageous to have friends upon entering the White House.

The special aspect of the novel is that it highlights what influence and power unnamed, unelected people can have in the presidential decision-making process. Among historical impacts that some friends have made, one managed President Wilson’s foreign policy throughout his term, another convinced President Truman to recognize the state of Israel in 1948, and even settling the Cuban Missile Crisis was in a way thanks to President Kennedy’s first friend.

For those who are aspiring to be in politics, Ginsberg had some wisdom to offer: “Do not pick friends based on ambition,” but rather make good friends who are there for you no matter what. Ginsberg’s book First Friends was named a New York Times bestseller.