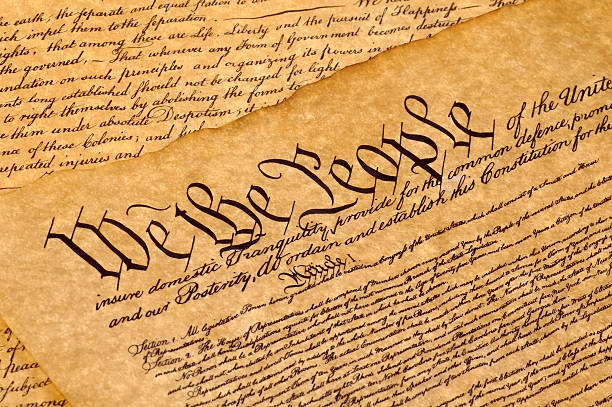 The event, titled Cupcakes and Constitutions, came on the 233rd anniversary of when the majority of delegates at the Constitutional Convention signed the United States Constitution in Philadelphia. The event saw the NHIOP set up a table with a red covering in front of the Roger and Francine Jean Student Center. There, student workers offered cupcakes and Constitutions to anyone who passed by. The cupcakes had a buttery, creamy white frosting with red and blue sprinkles on top. The cupcakes were neither chocolate nor vanilla, rather, they were a mix of the two. Each cupcake came in its own plastic container and they were small, easily fitting into the palm of one’s hand.

Constitution Day celebrates the signing of the U.S. Constitution in Philadelphia on September 17, 1787. The need for the Constitution arose out of the failures of the Articles of Confederation. Under the Articles, the federal government could not tax; therefore, it could not raise money. Additionally, representatives were elected to one-year terms meaning, in the 1780s when most states did not have sufficient roads, it would often be that representatives spent their entire term traveling to the capital in Philadelphia. Finally, Congress could not regulate foreign and interstate commerce resulting in some states placing tariffs on other states. By 1787, following rebellions by former continental soldiers like Daniel Shays who could not pay off their debts because Congress had no way of paying them for their service, the country’s leaders realized something needed to change.

In May, fifty-five delegates from across the country met in the nation’s capital in Philadelphia to discuss changing the Articles of Confederation. Soon after the convention began, it became clear to everyone that it would be easier to design a new system of government. The system they created is almost like the one Americans know today. The American government would be divided into three branches: the Legislative, the Executive, and the Judicial.

The Legislative Branch would be divided into two parts: the House of Representatives and the Senate. The House would be based on population and elected directly by the people while the Senate would give each state two Senators and be elected by the State Legislature.

The Executive Branch would consist of a person who would be elected by the Electoral College for four-year terms. If they, or any member of government, committed “high crimes and misdemeanors,” they could be removed by impeachment.

Finally, the Judicial Branch would consist of nine justices appointed by the Executive and confirmed by Congress to serve for life. Interestingly, the Judicial Branch is the least talked about in the Constitution and it was not until the case of Marbury v. Madison in 1803 when Chief Justice John Marshall ruled that the Supreme Court could decide whether a law is constitutional or not, thus expanding its powers.