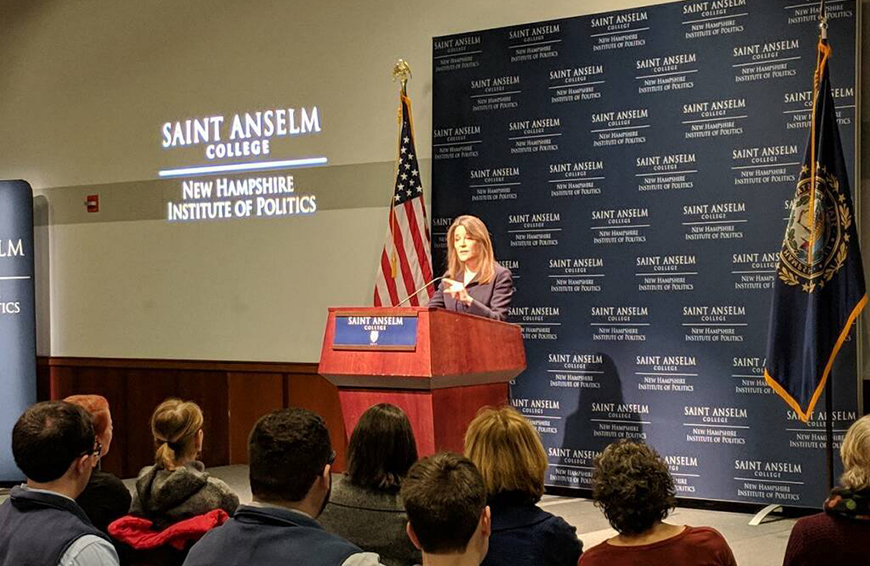 Presidents' Day weekend was an important stop for many 2020 candidates in New Hampshire.

As it was a town hall, Williamson fielded many questions from the crowd. When asked if she had one piece of advice for young people, she said it would be to relax.

Marianne told a student ambassador in an interview that if we have a “much deeper understanding of what ails us” we will be able to solve our problems in a “much deeper way.” She highlighted this as her most important issue.

Over the weekend, it was announced that former U.S. Representative Paul Hodes will lead Williamson’s New Hampshire presidential campaign.

Williamson visited many other locations around the Granite State over Presidents' Day weekend including yoga studios and bookstores.