Pizza and Politics with Jason Sorens 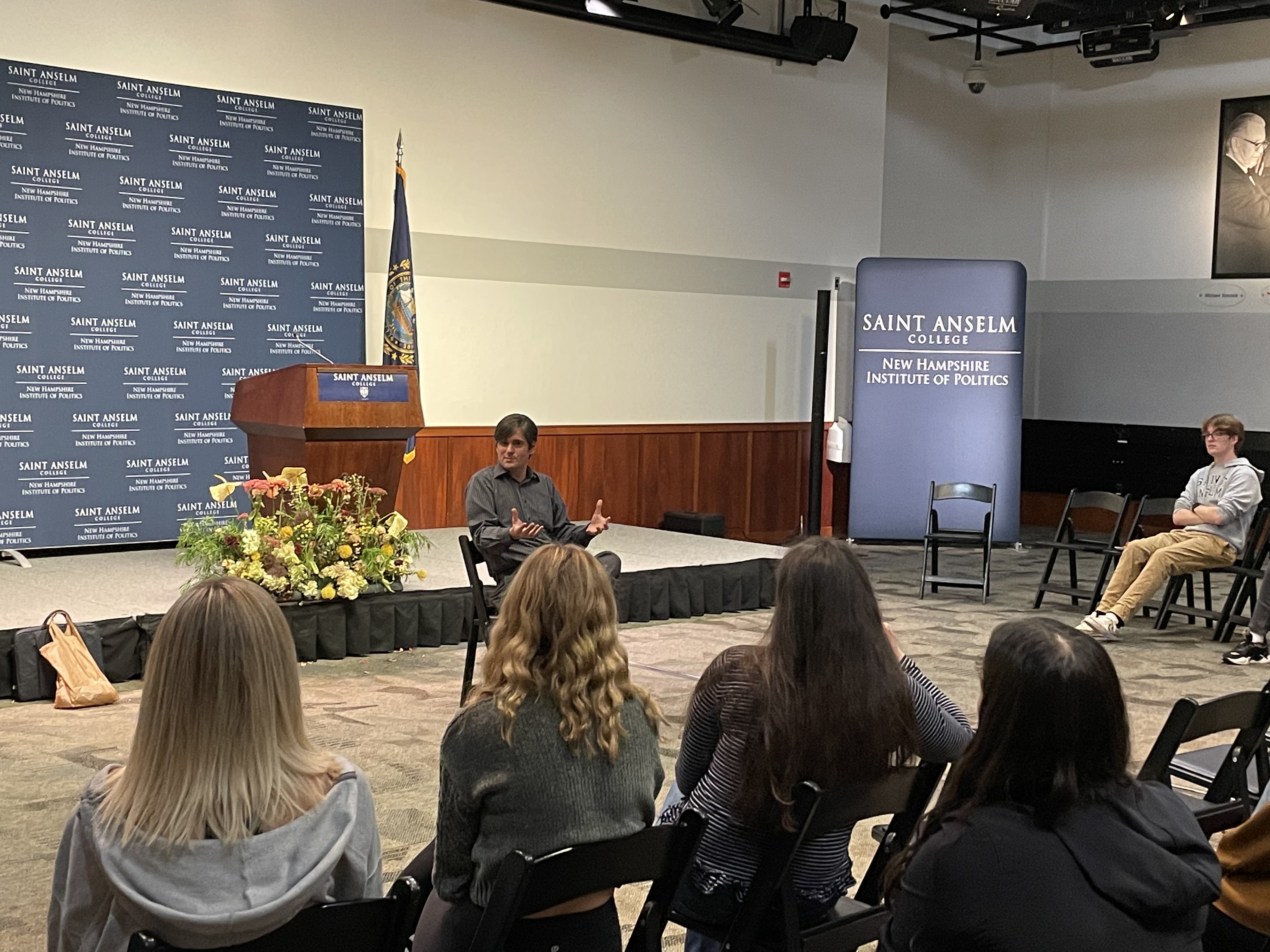 Founder of the Free State Project Professor Jason Sorens joined Saint Anselm College for some pizza at the New Hampshire Institute of Politics to discuss libertarianism, as well as his endeavor to promote it. He defined libertarianism as an ideology that is tolerant of different lifestyles, free markets, and peace. On a practical basis, Sorens made clear that libertarianism in its purest form would be radical but that there is a broad range of libertarians, from anarchists to fiscal libertarians.

Following his introduction, Sorens explained why some people are libertarians. “Libertarians  come from different angles,” he said. Some have a desire for maximum economic prosperity and  believe that less government intervention will naturally foster it. There are also firm believers in  natural rights, who will say that “so long as you’re not harming anyone else, you have a right to  do things that are morally wrong”. This is not, however, to justify immoral acts. Rather, as Sorens phrased it, people have a right to make mistakes and learn from them. Another key factor  that draws people into libertarianism is a perceived link between freedom and liberty on one  hand and happiness on another, where they increase mutually.

Following his summary of libertarianism, Sorens explained why he started the Free State  Project, which is a social movement dedicated to recruiting libertarians to create a stronghold in New Hampshire. He created this project to get around the American electoral system that makes it difficult for third  parties to win seats. He started the project in the 2000s and had an online contest to see which state would win as being considered a “libertarian-friendly” place, which New Hampshire easily won. Following this contest, Sorens collected over 20,000 signatures from people who pledged to move to New Hampshire. The first Free-Stater to be elected in New Hampshire was Joel Winters, who ran for state representative as a Democrat in 2006. The number of Free-Staters in office has since grown, such that the New Hampshire House Majority Leader Jason Osbourne is one himself. There is evidence, according to Sorens, that the Free State Project is working, based on several deregulatory measures the New Hampshire legislature has taken over the past few years.

In answering questions, Sorens seemed to communicate that leading people to become moral citizens is not possible by coercion. Rather, it is by persuasion that we can promote morality. He called this social capital, where society is strengthened with more trust through productive interaction. While not all the audience agreed with Sorens’ ideas or libertarianism in general, everyone was happy to learn more about a rich part of the American political scene.