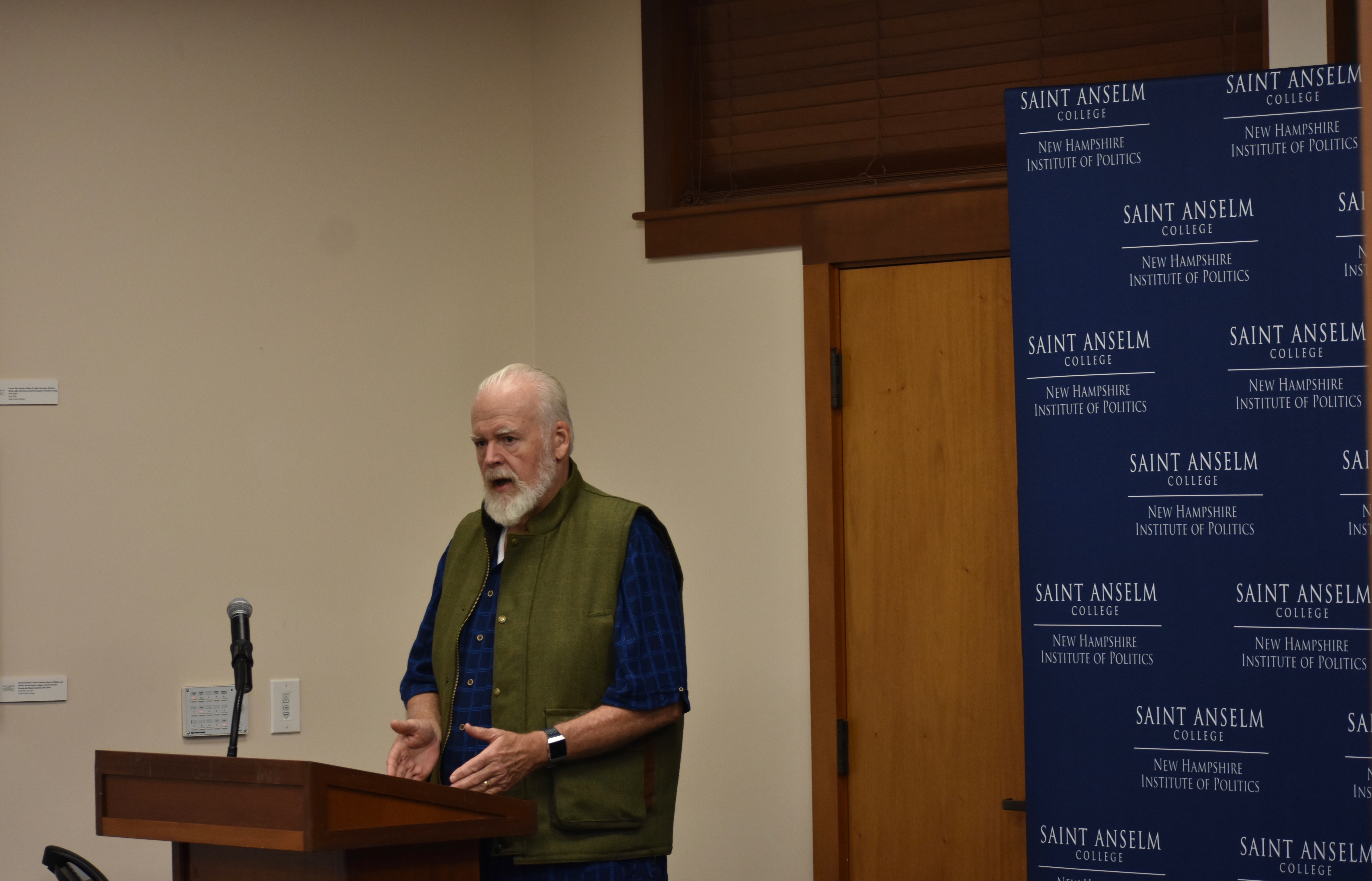 On September 28, the New Hampshire Institute of Politics welcomed David Carney, a high-profile campaign manager to talk about his career and experiences working with politicians. He has worked on campaigns all over the country, which led him to working with former President George H.W. Bush, and he is currently the senior consultant for Governor Abbott of Texas.

Carney started off his talk with an anecdote about his opinion of the most valuable things that students can get out of their education: the ability to write well. He emphasized the importance of studying English, because he said you can know everything about politics but the ability to communicate can be the difference in the role you could play in a campaign.

Diving into the details of campaign management, Carney first made sure to emphasize the difficulty of the career. He explained that there are no normal hours or average days, which is too much for many people. To give students an idea of the role of campaign manager, he told them to think of the campaign as an orchestra and the manager as the conductor. To summarize the extent of the job, he used the “three Ts” of campaign management: time, treasure, and talent. First he explained that politics is one of the few fields where time is concrete because in other industries deadlines are usually a suggestion, but election day is final with no extensions. In other aspects, allocating time wisely, keeping track of various deadlines, and knowing the candidate’s family calendar are all essential to running a seamless campaign. Treasure is all about money- there must be a plan to fundraise the resources necessary to put every effort into a campaign. Talent refers to the candidate. Are they personable? Are they charismatic? Are they intelligent on matters that affect voters? It is important for campaign managers to know what candidates need to improve on to have the best chance of success. Mr Carney explained the most important thing a candidate has to offer is their life experiences, and they become more likeable and trusted when they have the ability to weave their positions on various policies into personal stories that highlight their values.

Carney had interesting anecdotes from his experiences on the campaign trail, from planting yard signs and knocking on doors in the rain to stories with lessons on the importance of driving around the district and getting to know your audience. He recalled a time when he was working on a special election in Brooklyn and Staten Island, and his party had not won the district in a significant amount of time. There was a neighborhood of the district that had been forgotten about, so he took his candidate there and the people were elated to be recognized by a politician. This candidate ended up winning the election, emphasizing the importance of knowing your constituents and seeing their unique issues.

At the end of his prepared talk, Carney opened up to questions from aspiring campaign managers in the audience, some of whom had prior campaign experience and wished to learn from an expert. He taught them about the value of volunteers and how to use them to your advantage and spoke about the impression that hand-written thank you notes have on people, advising them to never forget that.

To close out his talk, Carney shared an intriguing insight saying “the candidate works for the campaign” and by extension works for the campaign manager, not the other way around. This certainly changed many students’ perspectives on the career, and elections in general. Thanks to Carney’s stories and insight, students came away with new ideas about what they wish to do with their futures and how they think about politics.