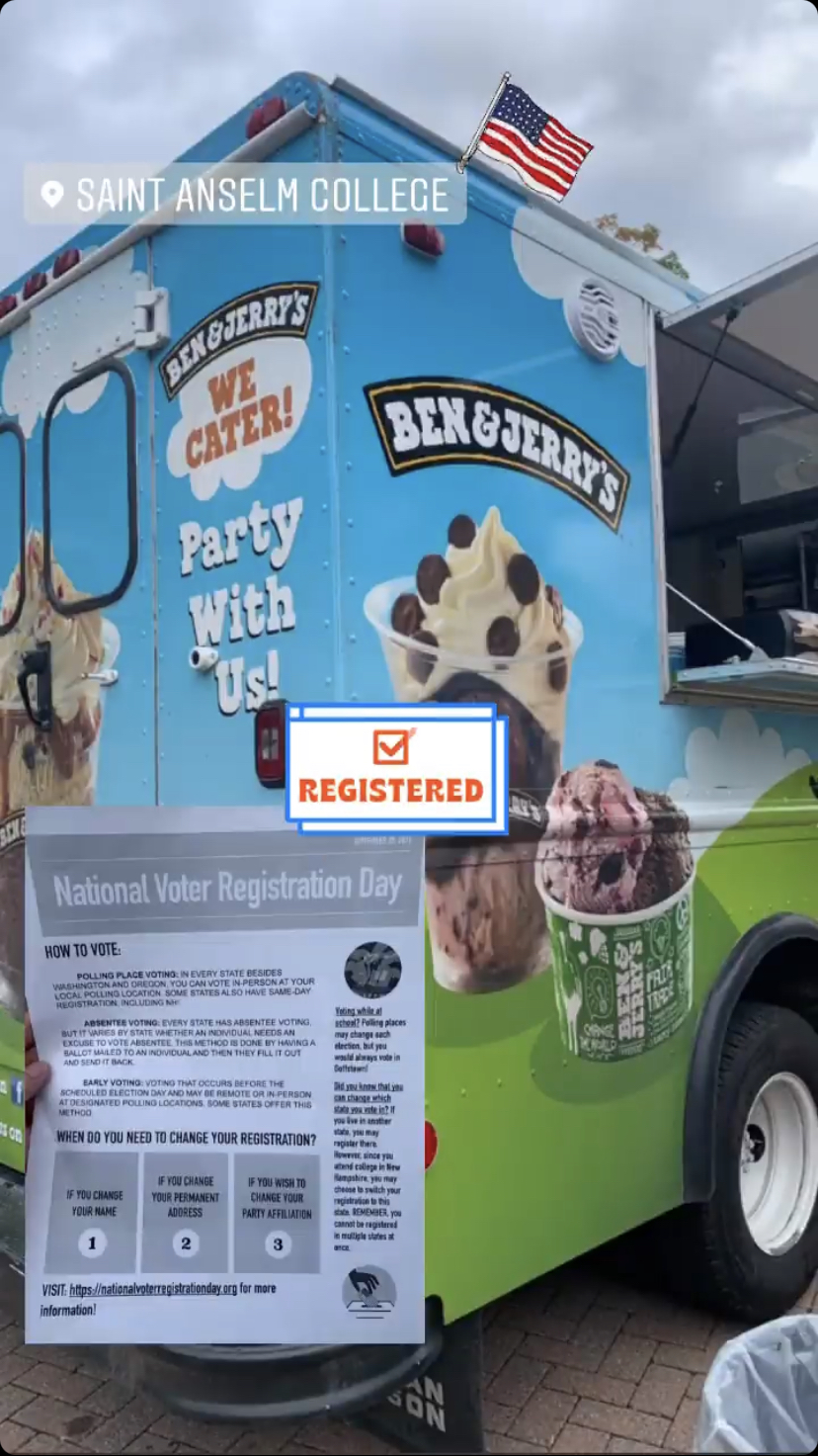 As an annual event on the Hilltop, the Civic Engagement committee puts together an educational event centered on promoting the voter registration process, upcoming elections, and the various ways to vote.

This year’s event featured a Ben & Jerry’s Ice Cream truck offering free scoops of ice cream for Anselmians while several Kevin B. Harrington Student Ambassadors distributed handouts displaying voter registration information for New Hampshire. Great conversations and great ice cream were present at the event as many from the Saint Anselm community stopped by with their questions about the voting process and willingness to learn more about civic duty.

This day was first celebrated in 2012 and remains the country’s largest nonpartisan civic holiday. Each year, organizations ranging from Fortune 500 companies to local food banks step up to help outreach efforts in communities across America. From its inception, National Voter Registration Day and its partners have registered more than 4.5 million people to vote on the holiday. Their goal is to reach citizens who otherwise may not have registered to vote. According to National Voter Registration Day, this is accomplished by “coordinated field, technology and media efforts” from partners and volunteers “hitting the streets.”

The importance of National Voter Registration Day lies in its efforts to encourage voter turnout and registering young people to vote. These efforts are sure to be seen in the quickly approaching 2022 midterm election season. Historically, turnout for midterm elections is less than that of presidential election years.

According to FairVote, about 40% of the eligible voting population votes during midterm elections, in contrast to the 60% in presidential elections. Record-breaking turnout in the 2018 midterm elections featured an 11% increase from that of 2014. Similarly, voter turnout increased 20% with 18-29 year olds from 2014. These steady increases spell a certain momentum campaigns hope to replicate in 2022.