Jacob Yanski, Michael Dumas, and Meghan Smith, all members of the graduates of the class of 2021, have been commissioned into the United States Military. 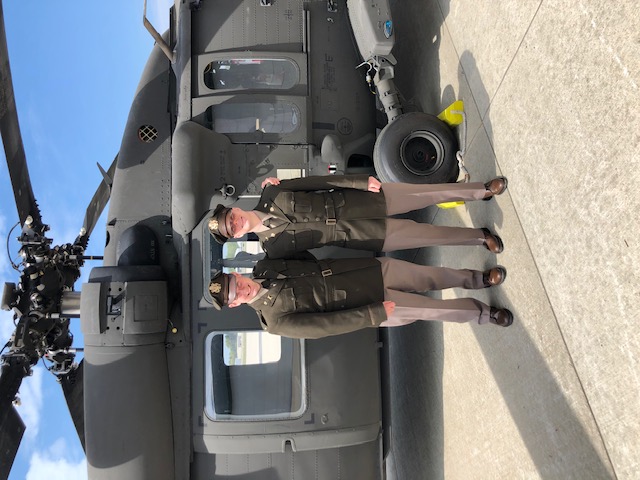 Dumas and Yanski were both commissioned on Friday, May 21 at the New Hampshire National Guard Base in Concord, N.H. Both were members of the Reserve Officers Training Corps (ROTC) program based at the University of New Hampshire.

Dumas will be serving as a military police officer in the New Hampshire National Guard. A criminal justice major and politics minor, while on campus Dumas also served as the manager of the men’s ice hockey team.

“I wanted to serve because I wanted to give back to our country,” shares Dumas. “I believed that it is important to do my part by ensuring that this country remains a place of freedom and prosperity.” 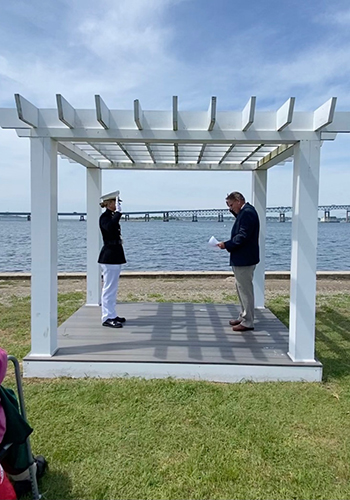 Smith was commissioned as a lieutenant in the United States Marine Corps on Thursday, June 3, 2021 in a ceremony in Newport, R.I. Smith was a natural science major, criminal justice and psychology minor, and was a member of the women’s soccer team and the NHIOP Kevin Harrington Ambassador Program.

Smith joined the USMC because, “I have always wanted to be a part of something bigger than myself, and especially in a branch that emphasizes honor, courage and commitment to your country and the citizens.”

The Saint Anselm College class of 2021 celebrated their many accomplishments on Saturday, May 15, 2021 during the college’s 128th commencement exercises. Four hundred seventy-seven Saint Anselm students triumphantly crossed the stage in front of Alumni Hall, marking the completion of their undergraduate studies and the beginning of their next chapter.